Mathew Brady: The Father of Photojournalism

Previous Next
Mathew Brady: The Father of Photojournalism

In the middle of July, 1863, a small group of men busily moved across the sweeping terrain of Gettysburg, Pennsylvania. One of the men gazed towards a small hill known as Little Round Top, likely battling the sweltering heat as he focused and consulted his notes. Just a few weeks before, Little Round Top was host to an unprecedented level of carnage as thousands of combatants clashed for control of the critical high ground. After he was sure this was a location of note, the man and his assistants set up the bulky camera and photographed the small hill, one of the 36 photographs they took at Gettysburg. While they were not the first group of men to photograph the legendary battlefield, their well-researched work was the first to capture key features like Little Round Top and the Wheatfield. And in many of these photographs, Mathew Brady, the leader of the expedition, captured himself looking upon the scene of battle. 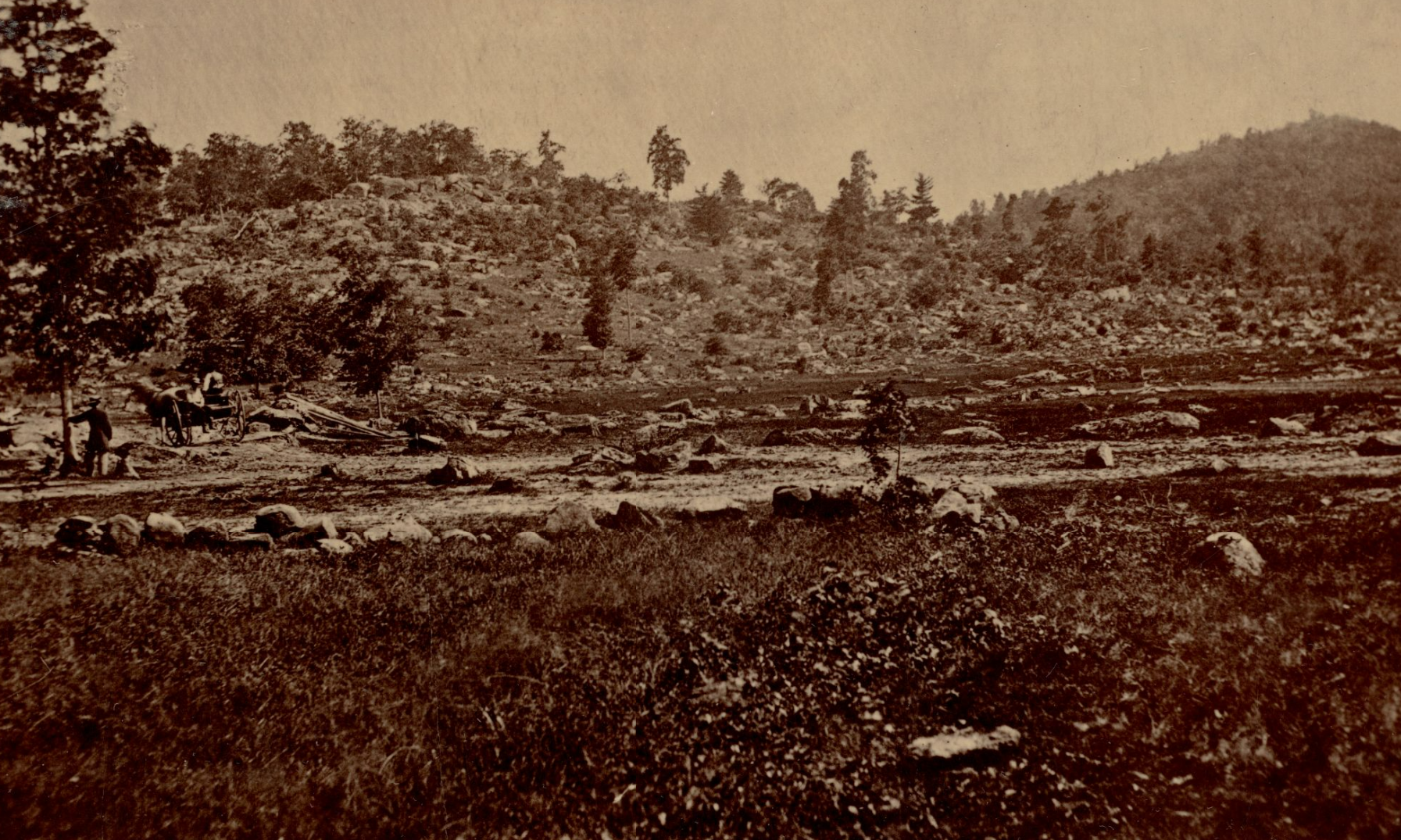 Brady’s team captured this view of Little Round Top about two weeks after the Battle of Gettysburg. At the left edge of the image, Brady stands leaning against a tree looking out at Little Round Top, posing in the photo almost like an artist’s signature.
Library of Congress

Brady’s photographs of Gettysburg caused a sensation when viewed by members of the public.  Americans were little used to scenes of war that before had only existed in imagination. The prior year, in 1862, Brady had shocked the public when he exhibited photographs of dead enemy soldiers, captured by his associates Alexander Gardner and James M. Gibson, from the Battle of Antietam. His pioneering work in bringing the horrors of war home in corporeal form led to Brady becoming known as the Father of Photojournalism and he stands as one of the most influential photographers in American history. 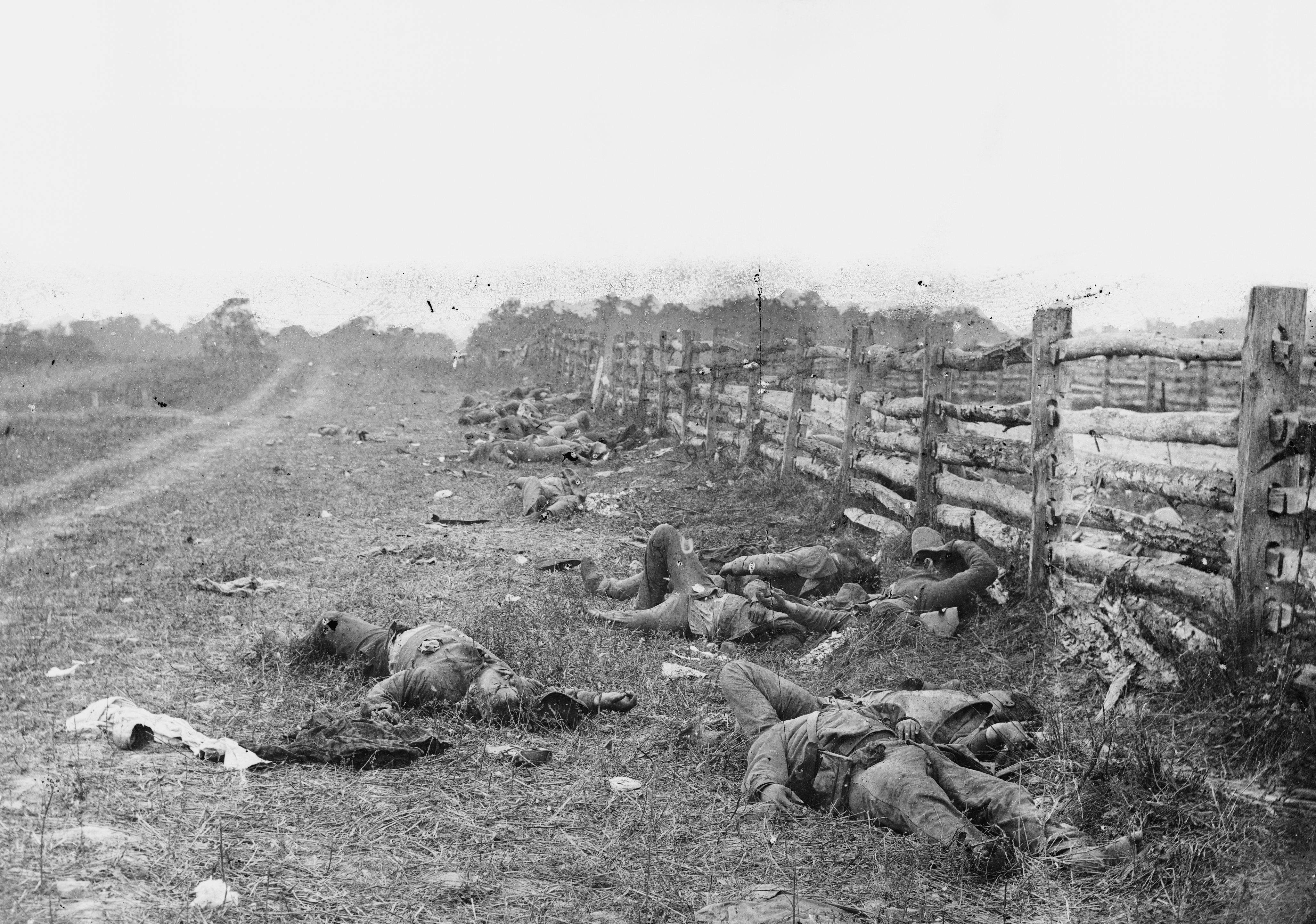 This graphic photograph was shown along with others at Brady’s “The Dead of Antietam” exhibition. Fallen Army soldiers were not allowed to be photographed; only enemy Confederate dead were permitted to be shown.
Library of Congress

Brady was an unlikely trailblazer. Born in the early 1820s to a family of Irish immigrants, Brady grew up in obscurity. Through a connection to painter William Page, Brady met Samuel Morse, the inventor of the telegraph and an early advocate of daguerreotyping. With the aide of Morse, Brady learned to create daguerreotypes, photographs created through a complex chemical process of using iodine sensitive silver plates to create mirror images when exposed to light.

Brady moved to New York City in the 1840s and began manufacturing daguerreotypes for clients. He was almost immediately successful, winning multiple awards and taking on famous and wealthy clientele to sit for portraits. As his fame grew, he opened a studio in Washington DC and his daguerreotypes soon included the city’s politicians. He photographed a staggering 18 American Presidents, including Abraham Lincoln, Andrew Jackson, and Zachary Taylor. Other notable clients included John C. Calhoun, Henry Clay, Frederick Douglass, and Edgar Allen Poe. 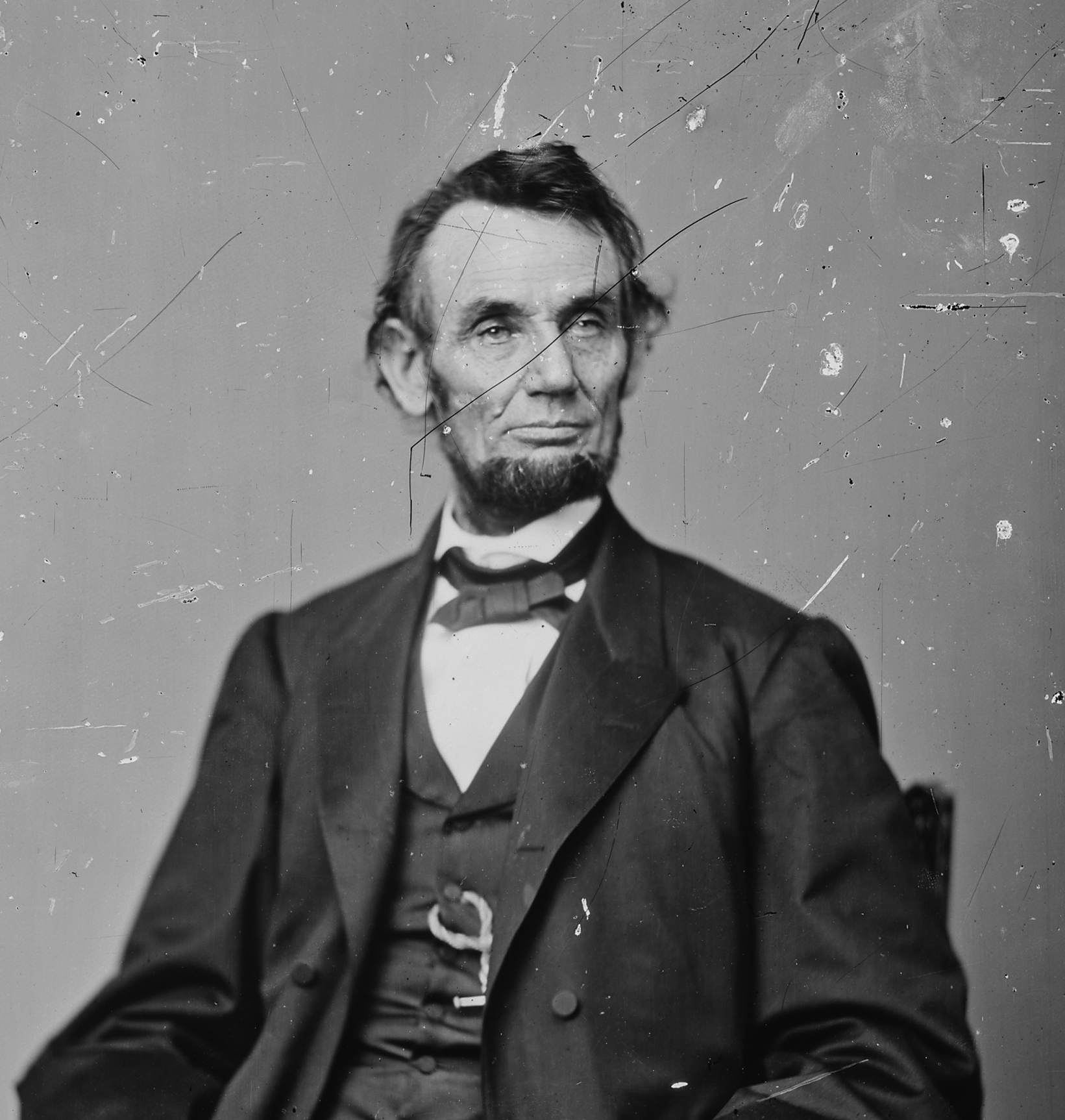 You may recognize this photograph of President Abraham Lincoln taken on February 9, 1864. One of over 30 portraits Brady took of Lincoln, this one was used as the basis for Lincoln’s likeness on the $5 bill.
National Archives and Records Administration

When the Civil War broke out in 1861, Brady marketed his services to soldiers who, before going off to war, wanted to give their family members photograph keepsakes of themselves. Yet Brady believed photography could document the war in a way no other medium could and envisioned a greater purpose for his talents, stating later, “I had to go. A spirit in my feet said ‘Go,’ and I went.” He appealed directly to President Lincoln to allow him to capture battlefield photographs. Lincoln agreed, so long as Brady finance the project himself. 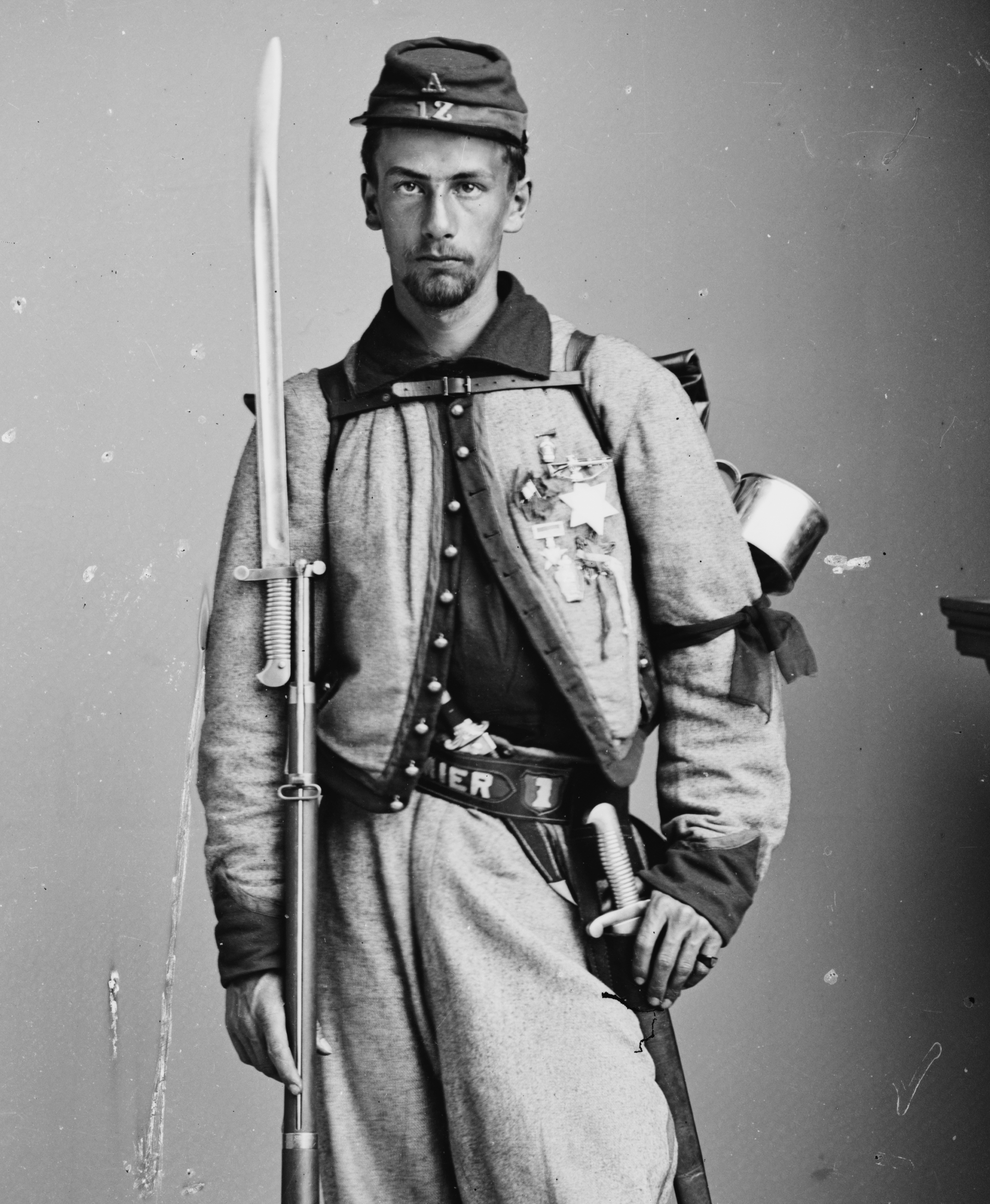 Pvt Francis E. Brownell was one of thousands of soldiers to have their likeness captured in Brady’s studio.
Library of Congress

Brady hired a team of photographers and support staff to travel to the frontlines to capture images of the war. Importantly, Brady and his team innovated by creating traveling darkrooms which contained the chemicals and equipment necessary to develop photographs. While he did not always travel to sites or capture photos himself, Brady organized and supervised his team’s efforts. Throughout the war, Brady and his team traveled to dozens of major battlefields, Army camps, and other notable sites. They captured many of the iconic and lasting images of the conflict, including portraits of Lt. Gen. Ulysses. S Grant, Confederate general Robert E. Lee, and photos from the battles of First Bull Run, Antietam, Fredericksburg, Gettysburg, Cold Harbor, and Petersburg. 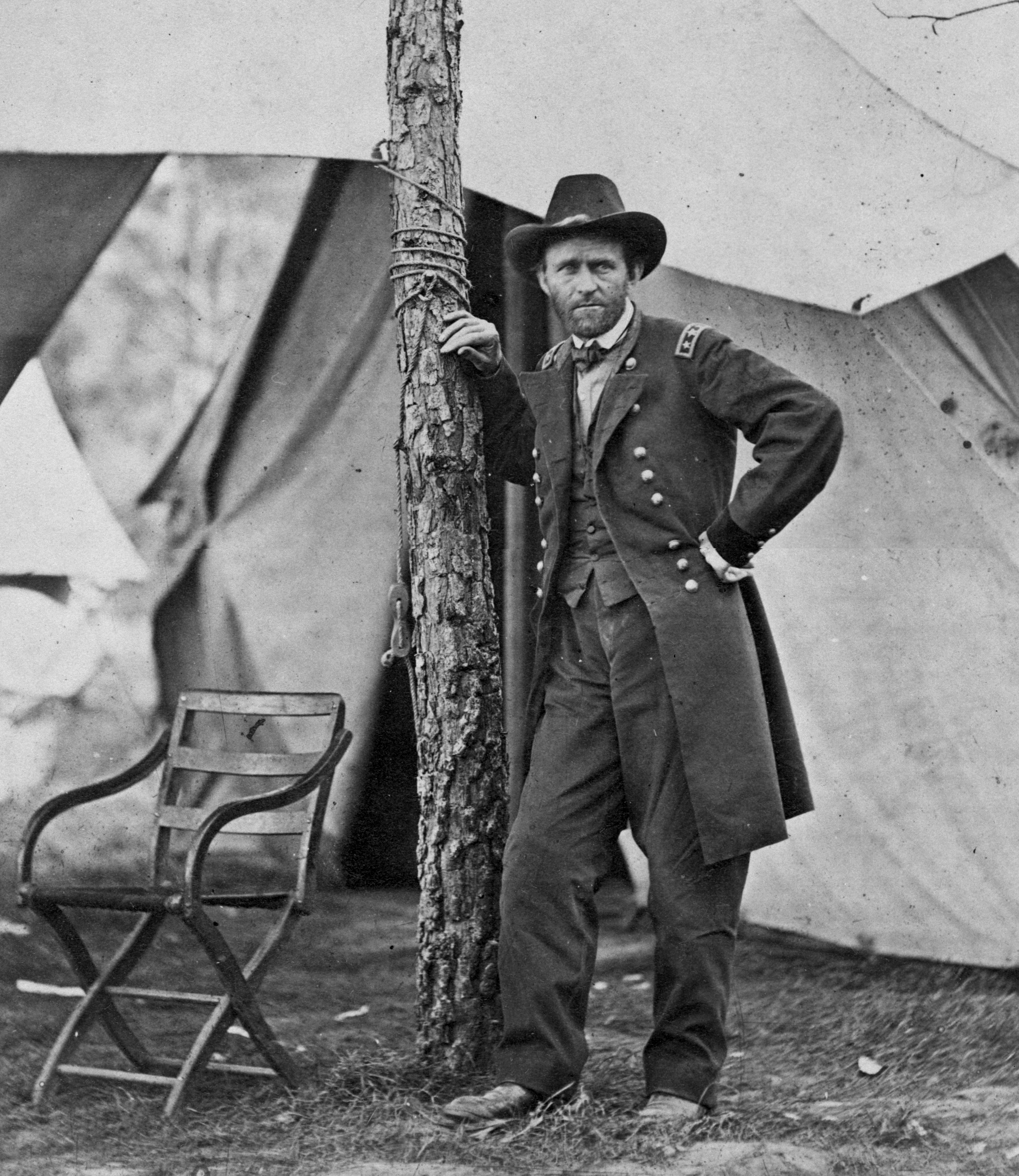 Lt. General Ulysses S. Grant’s remarkable character was captured by Brady in this June 1864 photo. Taken shortly after his disastrous defeat at Cold Harbor, Grant appears tired, careworn, yet undaunted with his piercing glare fixed outward. Lincoln once said of Grant, “I cannot spare this man, he fights.” This essence of Grant that Lincoln put to words was captured in photo form by Brady.
Library of Congress 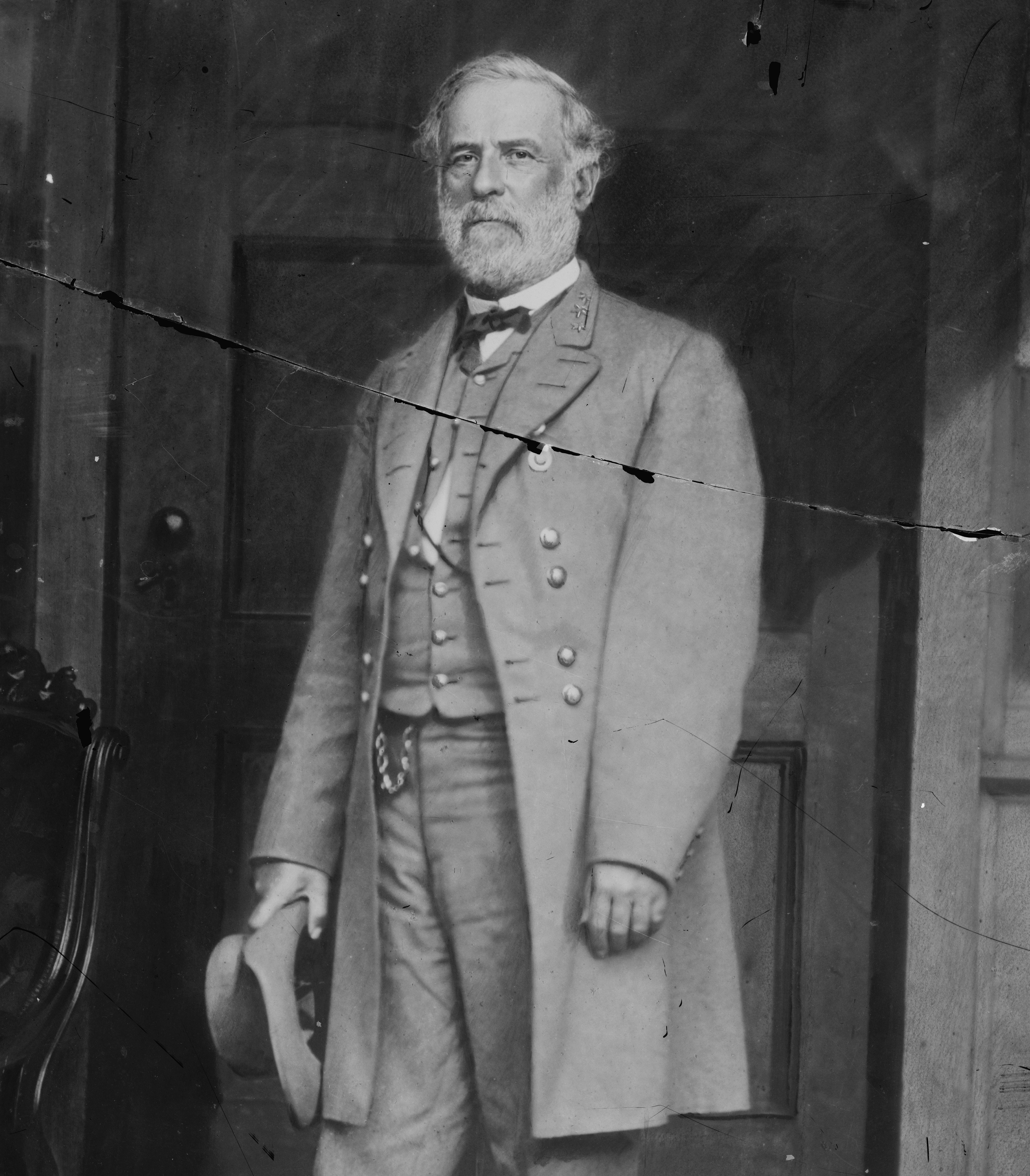 Just as Brady captured the character of Grant, so too did he capture that of his opponent, Confederate general Robert E. Lee. Taken on April 20, 1865 at his home 11 days after his surrender to Grant at Appomattox, Lee’s dignified air and aristocratic bent are on full display. Yet Lee’s steely determination, even after defeat, is also apparent. This was the last war time photograph taken by Brady.
Library of Congress

By the end of the war, Brady’s team had captured over 10,000 photographs, a stunning marker of achievement. Unfortunately, Brady’s prolific work was a double-edged sword as he had spent over $100,000 on producing photographs and the government declined to purchase any of them. As a result, he was forced to declare bankruptcy and sell his New York City studio. Despite his fame and success, Brady spent his twilight years in a depressed state as he struggled financially, went blind, and endured the death of his wife Julia in 1884. He died on January 15, 1896 following a street-car accident. Veterans of the 7th New York Infantry helped finance his funeral and internment at Congressional Cemetery. In 1954, 58 years after his death, the Library of Congress purchased the 10,000 original and negative plates that Brady’s team produced during the Civil War, securing his legacy. 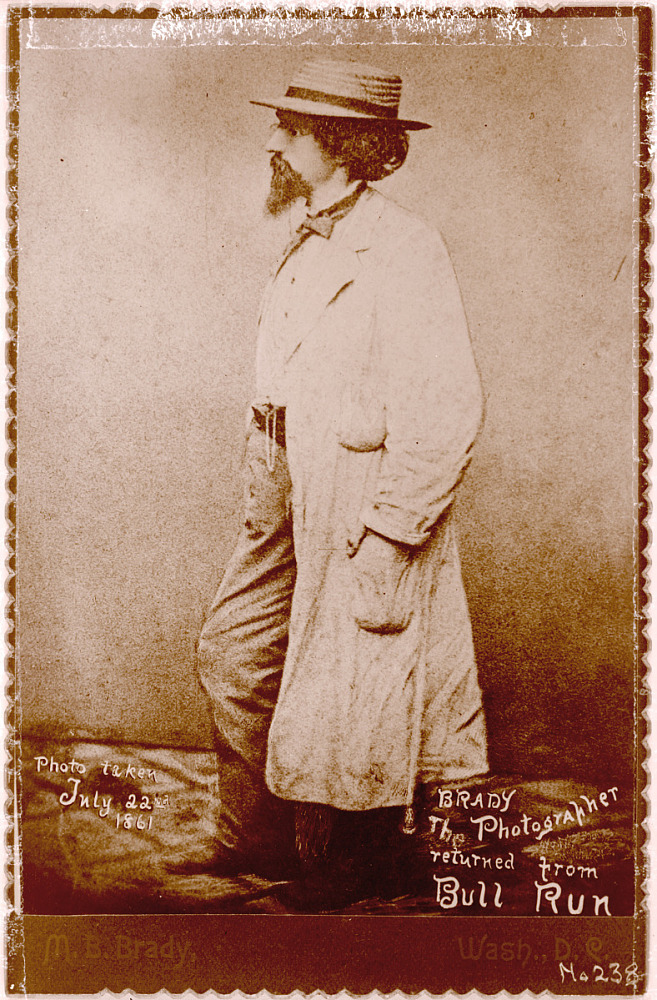 This image of Brady was taken in his studio shortly after he returned from documenting the First Battle of Bull Run. He narrowly avoided capture by enemy forces in the battle’s aftermath.
National Museum of American History        https://americanhistory.si.edu/collections/search/object/nmah_996643

At Congressional Cemetery, we honor the legacy and memory of the trailblazing photographer who captured himself looking out at the heights of Little Round Top. Two hundred years have passed, at the time of this writing, since the birth of Mathew Brady. In honor of his 200th Birthday, we are happy to share Congressional Cemetery Board Member Larry West’s plan for the construction and dedication of a memorial honoring Brady. Describing the project as a combination of visual and material culture, Mr. West hopes to educate the public about Brady’s role in American history. The memorial will, naturally, focus on photography but also on the contributions of women, African Americans, and others interred at Congressional Cemetery. Mr. West’s hope is that this memorial will tell diverse stories and reach underserved audiences through education. Details on the installation and dedication are forthcoming.

Eschner, Kate. “See the Civil War Through the Lens of Its First Photographer.” Smithsonian Magazine. May 18, 2017. https://www.smithsonianmag.com/smart-news/see-civil-war-through-mathew-bradys-lens-180963271/.