When you come across a name such as Marguerite’s, you might expect a certain type of person: blue-blooded, wealthy, and perhaps a little haughty as a result. And to a certain extent, Marguerite Lamott DuPont Lee was very much a product of her prestigious name. Born to the wealthy DuPont family from Delaware and married into the Virginia Lees, much of what she accomplished in her life was due to her circumstances and her birthright. But there was more to Marguerite than meets the eye, as the saying goes.

I ran across Marguerite’s story when I first started working at Congressional Cemetery, and I became enamored with her. Rebecca Roberts, a fellow Marguerite groupie, clued me in to her incredible story. Ms. Lee’s story elicits admiration because while parts of her life follow an established and predictable timeline, other aspects are completely unexpected. It seemed that although she outwardly conformed to many societal stereotypes for much of her life, she also found a way to do exactly what she wanted. 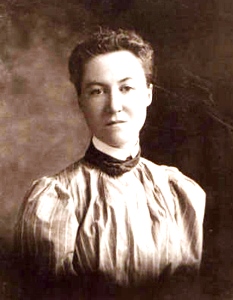 Marguerite grew up in the Wilmington area of Delaware near the DuPont family powder mills. Her childhood was disrupted when she was just 15 years old, when both of her parents died within the same year. Marguerite’s mother, Charlotte DuPont, was committed to an insane asylum, where she died in August 1877. Just a month after Charlotte’s death, Marguerite’s father Éleuthère died of consumption.

Charlotte and Éleuthère left behind five children, Marguerite included, and all the children lived in a house on DuPont mill property. Plans were made to break the family up and relocate the children, but the story goes that the family put up a resistance when their uncle came to tell them the news. While the story may be apocryphal as it is a little too adorable, the children met their uncle armed to the teeth – Marguerite with a rolling pin, Alfred with a shotgun, Annie with an ax, Maurice a pistol, and Louis a bow and arrow. They were allowed to remain in the house together.

A few short years later, however, Marguerite married her wealthy cousin Cazenove Gardner Lee and moved to Washington, D.C. They lived in a large house on New Hampshire Avenue, NW and both lived the lives “high-society” people are expected to sustain. That being said, towards the end of their marriage Marguerite also became actively involved in the women’s suffrage movement and marched in the 1913 Women’s Suffrage Parade in Washington, D.C. 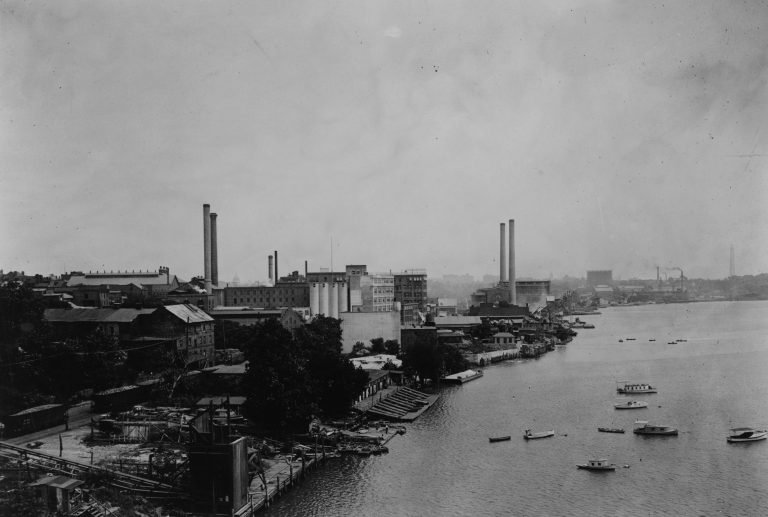 Georgetown Waterfront – 1910s or 1920s. Courtesy of Library of Congress.

Cazenove Lee died in 1912, and after his death Marguerite snubbed society and turned her energies to other pursuits. And not in the typical way that you might expect, doling out funds from the comforts of her own home to charities. Marguerite sold her New Hampshire Avenue home and moved to Georgetown to start a settlement house. Those of you who know D.C. may think to yourself, “Sounds like Marguerite moved to a pretty swanky part of town.” But the Georgetown of yore did not resemble the manicured streets and high-end stores of today’s charming neighborhood. Instead, Georgetown during Marguerite’s lifetime was often referred to as a slum, which is exactly why Marguerite wanted to found a settlement house in the neighborhood. Settlement houses were common in the late nineteenth and early twentieth centuries. Often founded by wealthy women, these houses provided educational programs to the urban poor, mostly catering to women and children. The settlement house Marguerite founded included a kindergarten, a mothers club, and offered classes on social issues such as labor and suffrage. 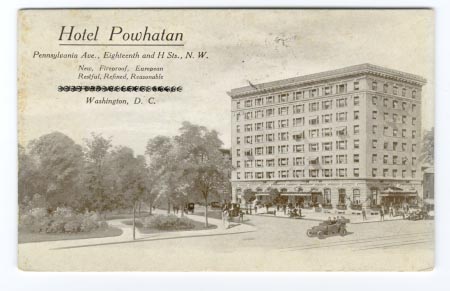 Marguerite eventually retired from her work at the settlement house in the best way possible – she moved into a suite at the Powhatan Hotel. She collected and dabbled in other interests; specifically, she indulged her fascination in the supernatural and went so far as to author a book on Virginia ghosts.  Marguerite gave up fashion when she gave up on society, and continued to wear old-fashioned Victorian lace-up boots, until the last Washington cobbler who knew how to make them finally died. Marguerite Lamott DuPont Lee died in 1936. 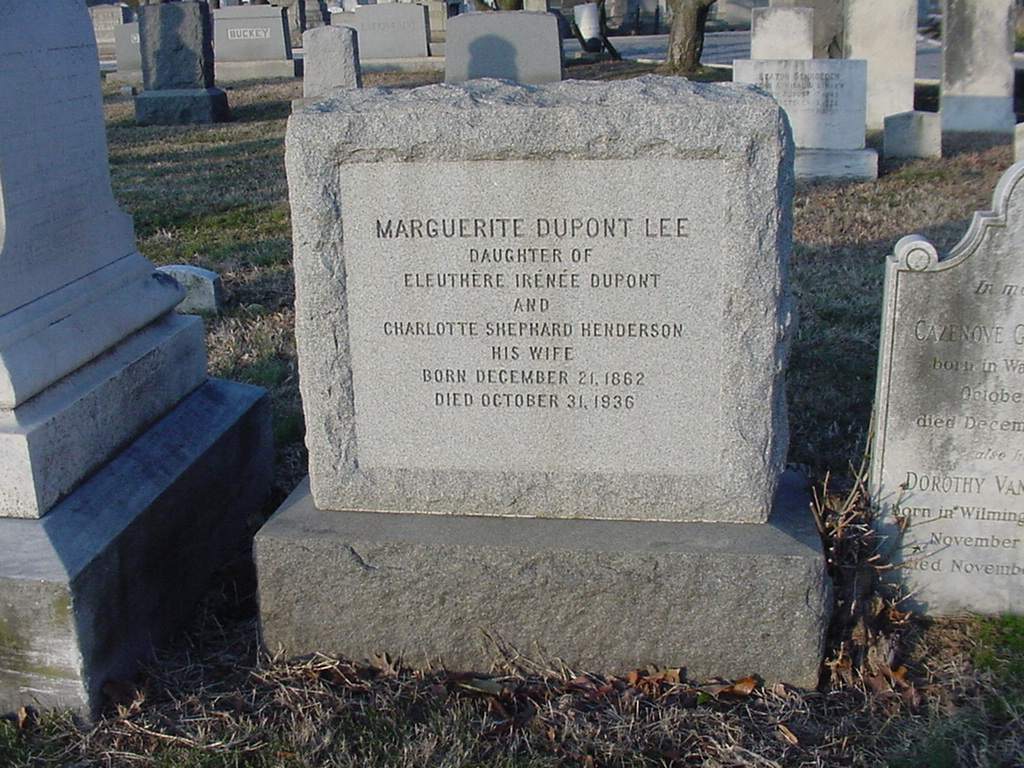 I’ll leave you with two things: first, a ridiculous picture of me (the author) portraying Marguerite along with other “residents” at our 2012 Ghosts and Goblets, as well as a hopefully more profound closing. I’m the one in the big hat (Marguerite probably wouldn’t have been caught dead in that).

I was eager to learn more about Marguerite and portray her because I found her story intriguing – but really, I think everyone should. If you pushed past the pretentious name and made it this far, I think you might agree. It’s a lesson I think we all need to learn and re-learn, that the outward trappings of a person aren’t the sum of who they are, or what their legacy should be. Let’s all raise a glass to Marguerite, who bucked tradition, society, and expectations, and made her own way.