We could go on and on about why you should run Dead Man’s Run, a race which is now in its SEVENTH year. Caps lock because we can’t believe it either. But if you won’t take our word for it, we hope you listen to one of our veteran runners, Catherine Collins. She’s been running the race for five years and is of course registered for our 2017 run on October 7th. If you’d rather hear Catherine talk about Dead Man’s Run in person, she’ll be at the Pacers Clarendon Day Run chatting it up about how awesome DMR is. But if an evening 5k with beer, pretzels, and costumes in an actual historic cemetery doesn’t sound cool enough to you, well, we give up. For those of you on the fence, read below, and register today!

Catherine (#133) running her first Dead Man’s Run, as featured on our Facebook page.

How did you first hear about Dead Man’s Run?  I think I saw an announcement or something for it, but I remember thinking “OMG that is really cool, I totally gotta do it!” 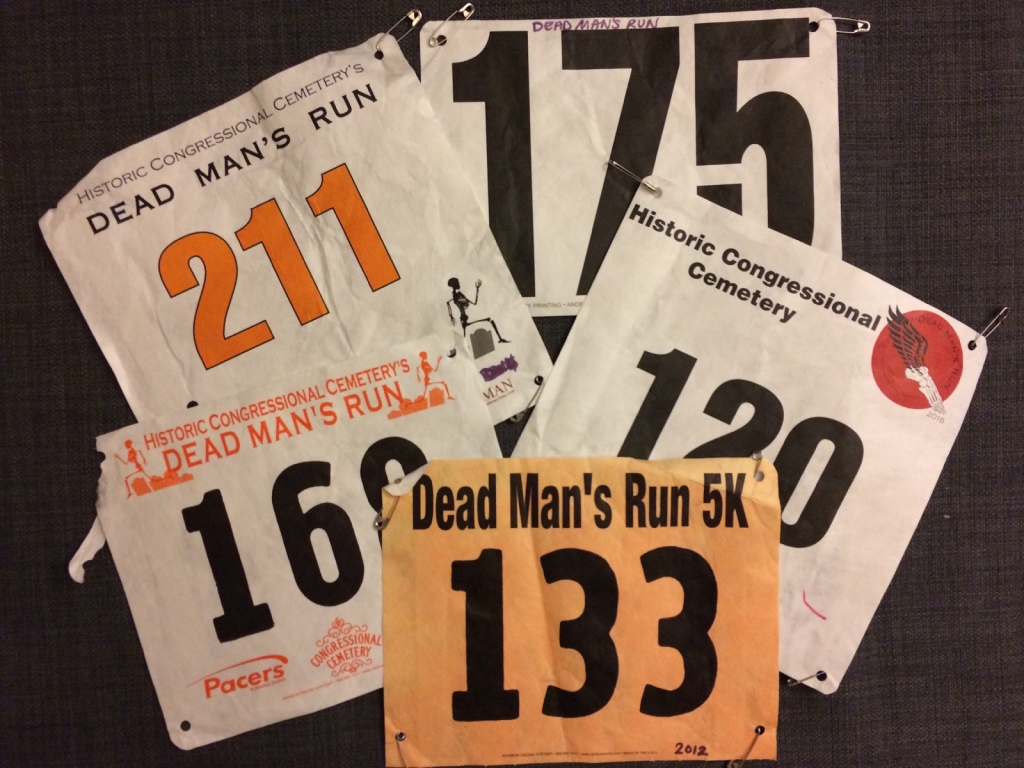 She saved all her bibs! Officially our favorite DMR runner.

Costume or no costume?  My first year I ran it I didn’t have a costume ready and then the following year I wore the run t-shirt from 2012 and now I feel it’s a good luck charm and I love wearing it every year.  I would love to do a costume, but I am just not that coordinated to put together an outfit for the fun.  I have added kitten ears, devil ears, or glow sticks to try to add a little something, but I always know I have to work this around the t-shirt. 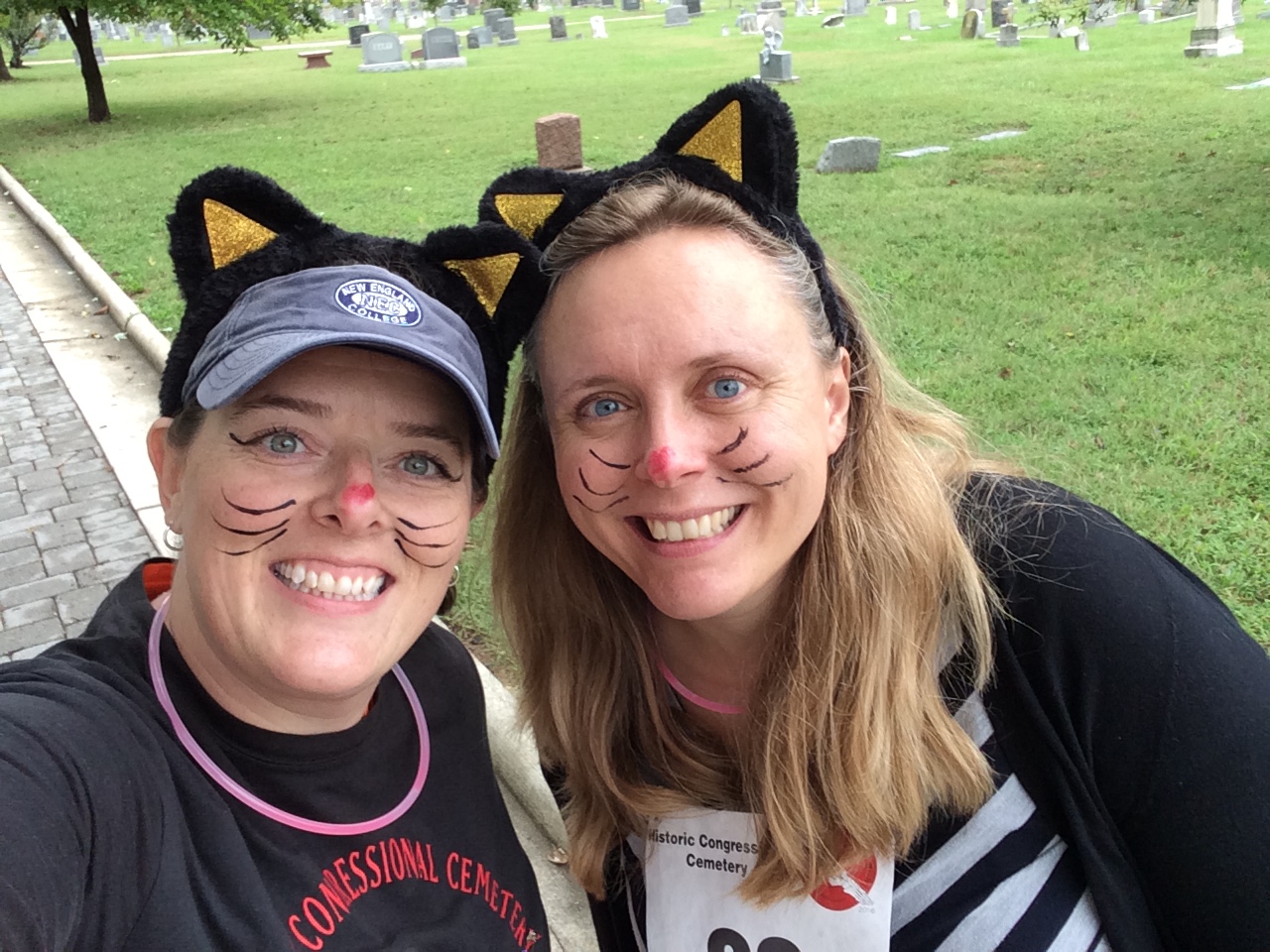 Catherine on the left.

What’s your favorite costume that you’ve seen at a Dead Man’s Run?  I think the best was in 2014 when there was a man dressed as the Washington Monument under construction with lights!  He was in front of me in the race and he had cut out a small piece in the back, from the huge piece of cardboard he was wearing, so that his feet could move. However he kept hitting the cardboard with feet. I have always wondered if the 5k was the first time he tried the cardboard out or was there a practice run. 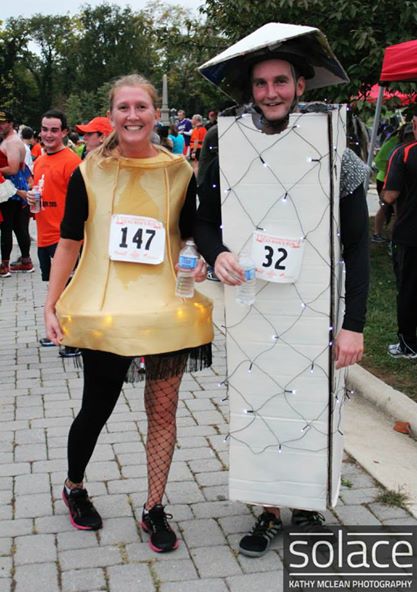 Yep, one of the best costumes ever!

What’s your favorite part of this race, and what would you tell people who are considering running it?  There are so many reasons why I love this race.  Everyone’s attitude is amazing and they are there to have fun and be a little scared.  I love all the great costume ideas people come up and additionally the race route is great.  You get to run in the cemetery as well as along the Anacostia trail, plus the DJ is great and after the run you grab your pretzel, beer or water and have a little dance.