Previous Next
The Howard Family

Several members of the Howard family are buried at Congressional Cemetery, in the area near the small pond known as the “doggy day spa.” All of these graves remain unmarked, but by sharing the information we have about the family, we are hoping to carry on the legacy of this family. 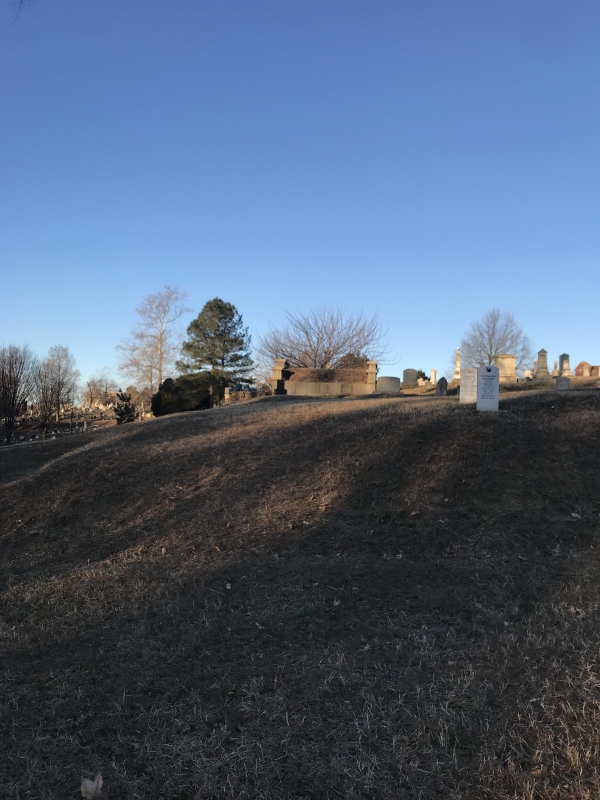 The Howard family is buried to the left of the two Veteran’s headstones. Their plots are currently unmarked.

In 1905, the Howard family experienced two deaths: Eugene Howard and Alice Howard. Eugene Howard (Range 22, Site 251) was born on February 11, 1877 and died on March 27, 1905 from pulmonary tuberculosis. In the 1900 census, Eugene was listed as a 22-year-old porter who could read and write. Eugene Howard’s obituary sheds some light on the role of religion on the family and indicates that the family was Christian: “Sleep on, our darling; We love thee well, But Jesus loves the best.” Alice Howard (Range 22, Site 252) died on June 26, 1905 from military tuberculosis. Alice was born in April 1879 and worked as a house servant in 1900.

Herman Howard (Range 22, Site 251) was born in July 1884 and died on May 31, 1946 from bronchial pneumonia. Herman Howard worked as a porter in 1900. In 1910, Herman, who was about 23 years old at the time, worked as a laborer at a government printing office. In his obituary, Grace Howard Butler was listed as his half-sister, and Marietta Howard was his wife. Marietta Howard is not buried at Congressional Cemetery, but Grace Butler, who was born in September of 1894, is buried in Range 22, Site 252. It is not known who Grace Butler’s father was since she was born after Theophilius Howard Jr. died. Grace Butler died on April 9, 1972 from a pulmonary embolism. Grace Butler was married to James F. Butler (Range 22, Site 253), who died about two years before her on September 18, 1970 from carcinoma of the colon.