National Day of Service and Remembrance

Previous Next
National Day of Service and Remembrance

In 2009, the Edward M. Kennedy Serve America Act made September 11 an official, federally recognized holiday. Since then, Americans across the country have been volunteering with various organizations for the September 11 National Day of Service and Remembrance. The purpose of the day is to serve as a way to honor those who passed away in the terrorist attacks on September 11, 2001 and to reawaken the spirit of unity that brought people from all over the country together after the devastating attacks.

Every year, Congressional Cemetery serves as one of the host sites for the National Day of Service and Remembrance. This year was no different. On September 8, 2018, we hosted approximately 250 volunteers at the cemetery. The volunteers worked on a total of ten projects. 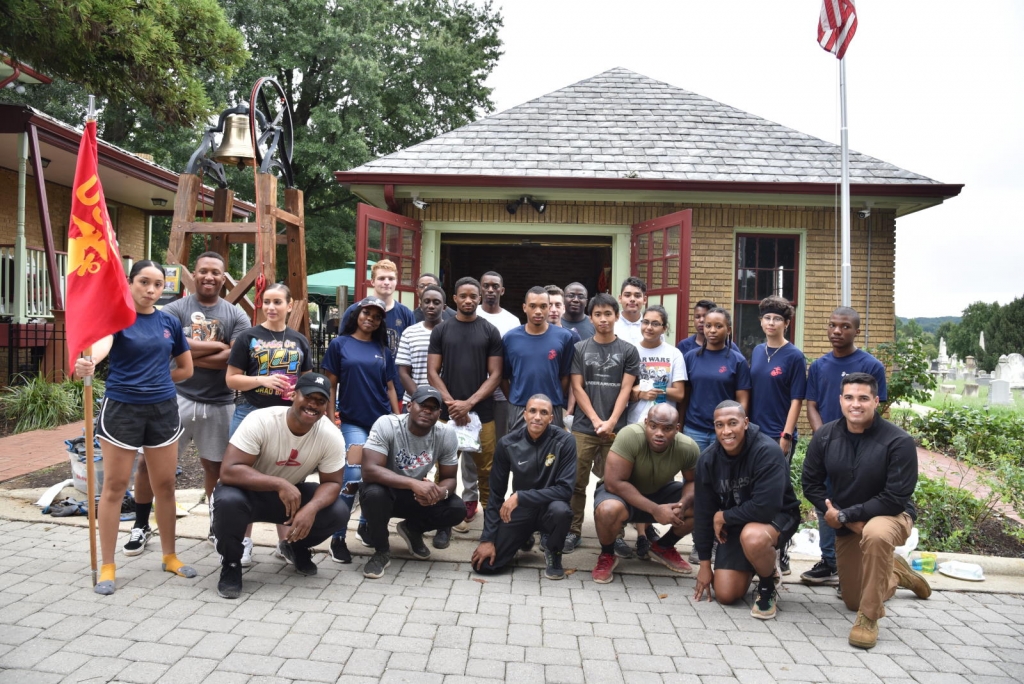 Posing after completing their project. Photo taken by Sean McCoy.

One of the biggest projects was the creation of two gravel pathways in the eastern section of the cemetery. The pea gravel, which was a mixture of sandstone and sand, was selected based off of a poll that the cemetery posted on social media. One portion of the path had to have metal edging installed along the perimeter, which involved a lot of physical labor. Meanwhile, the portion of the path that leads to and surrounds the Methodist Memorial has brick edging that was dug up by our Grounds Conservation Manager, Kymberly Mattern. The bricks used in the brick edging are the same bricks that historically lined a gravel pathway around the memorial.

A smaller team was also responsible for maintaining some of the abandoned plots in our Adopt-a-Plot program. They focused primarily on adopted plots near the gatehouse and around the chapel. Additionally, a different smaller team was responsible for pulling weeds in the historic cobblestone swales, near where the new pathways were created. This team went above and beyond—they also dug up some of the cobblestones that had been buried under years of sediment, dirt, and debris. Concurrently, another team worked on pulling weeds outside of the cemetery, near Barney Circle. This particular area was severely overgrown and was unsightly. Their efforts improved the view of the cemetery that people have when turning on to 17th Street.

In previous years, one of the projects was to paint the fence that runs along E Street and Potomac Avenue. This project was finally completed this year. A large group of volunteers applied a Rust-oleum black paint to the fence, which will help extend the life of the fence by acting as a protective barrier to the iron. 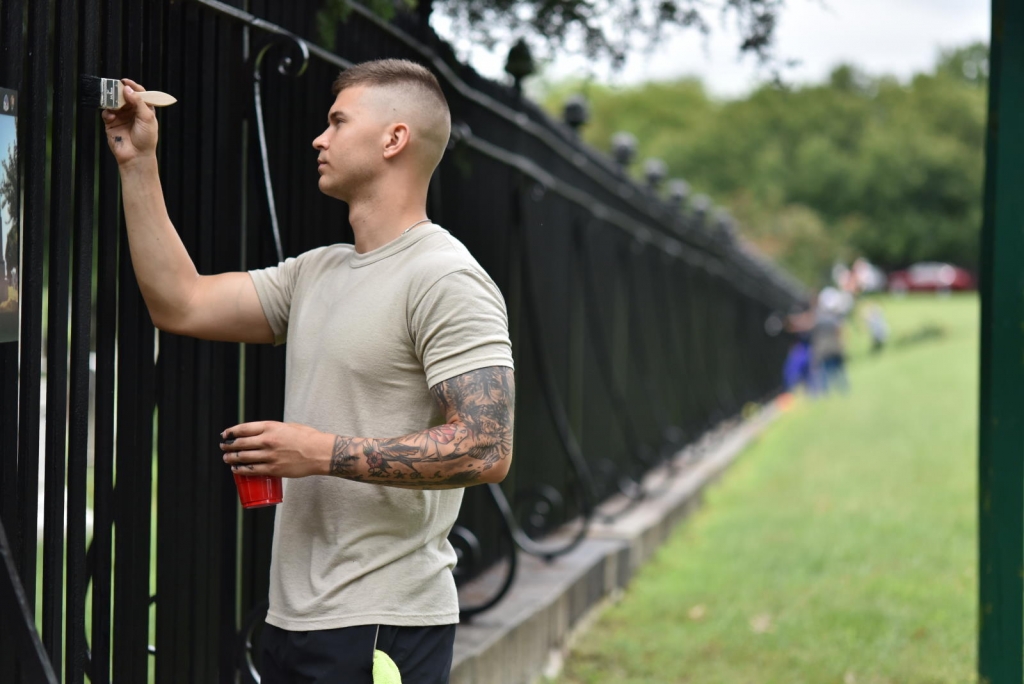 The rain held out for us, so the fence was able to be painted. Photo taken by Sean McCoy. 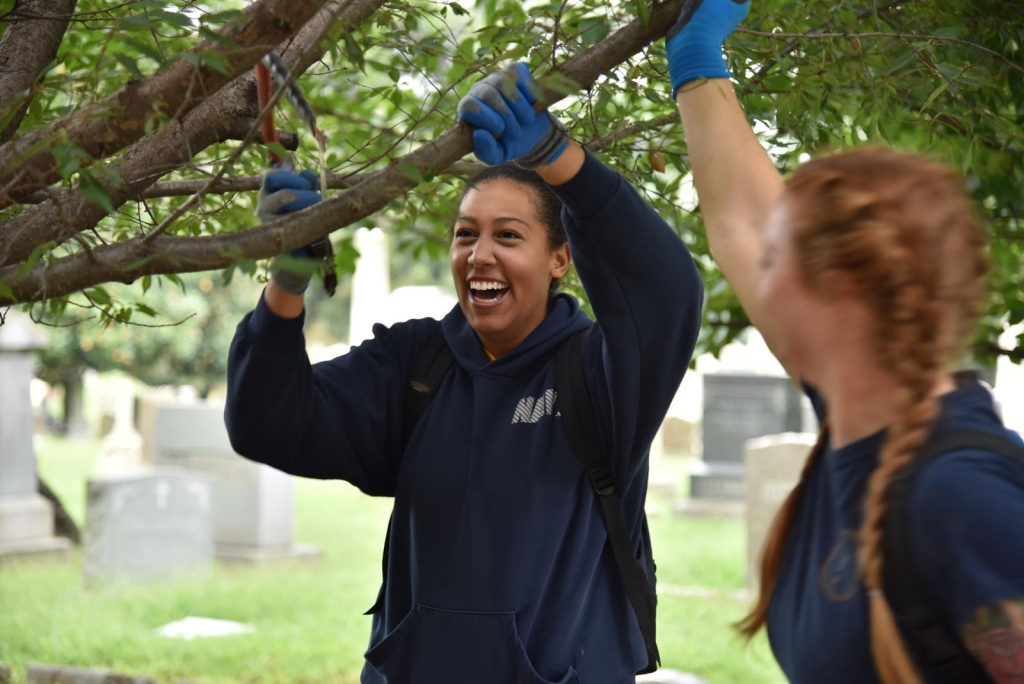 Working together to trim some of the limbs off of a tree near the chapel. Photo taken by Sean McCoy.

The work done by the volunteers on Day of Remembrance always makes a huge difference on the grounds of the cemetery. Since there is a small staff and an even smaller grounds crew, the work that was completed on Day of Remembrance is equivalent to a year’s worth of work on the grounds—all done in a day. The cemetery wouldn’t be as beautiful as it is today without the hard work of all of the volunteers. It is our hope that this event instilled the same sense of unity and community that this country experienced after 9/11 and that the volunteers held the victims of 9/11 and their loved ones in their hearts while volunteering at the cemetery.

We are incredibly grateful for Frager’s Hardware Store and Subway for supporting the volunteers for Day of Remembrance by providing supplies and tools (respectively) for the event. 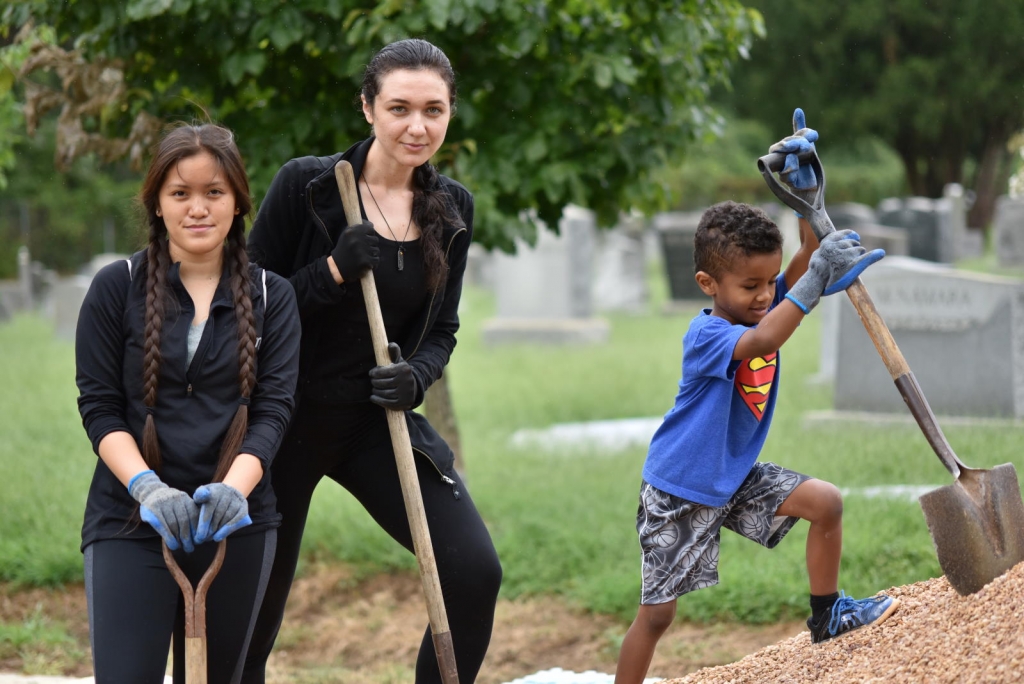 People of all ages came out to volunteer last Saturday. Photo taken by Sean McCoy.