If I’m being completely honest – which I’ve decided to be – Tombs and Tomes book club was started on a whim. My former colleague Margaret and I wanted to be a part of a book club, and after perusing programming and events at other cemeteries, I discovered that there was in fact precedent for this, such as the Boneyard Bookworms book club at Laurel Hill Cemetery. With approval and participation from my boss, and a promise that it wouldn’t take up too much staff time, we searched for a whimsical name and began to recruit book club members. But since its admittedly selfish beginnings, Tombs and Tomes has grown beyond the bookish whims of a couple cemetery coworkers. Tombs and Tomes is still evolving, but for the most part, this programming mainstay is all grown up. 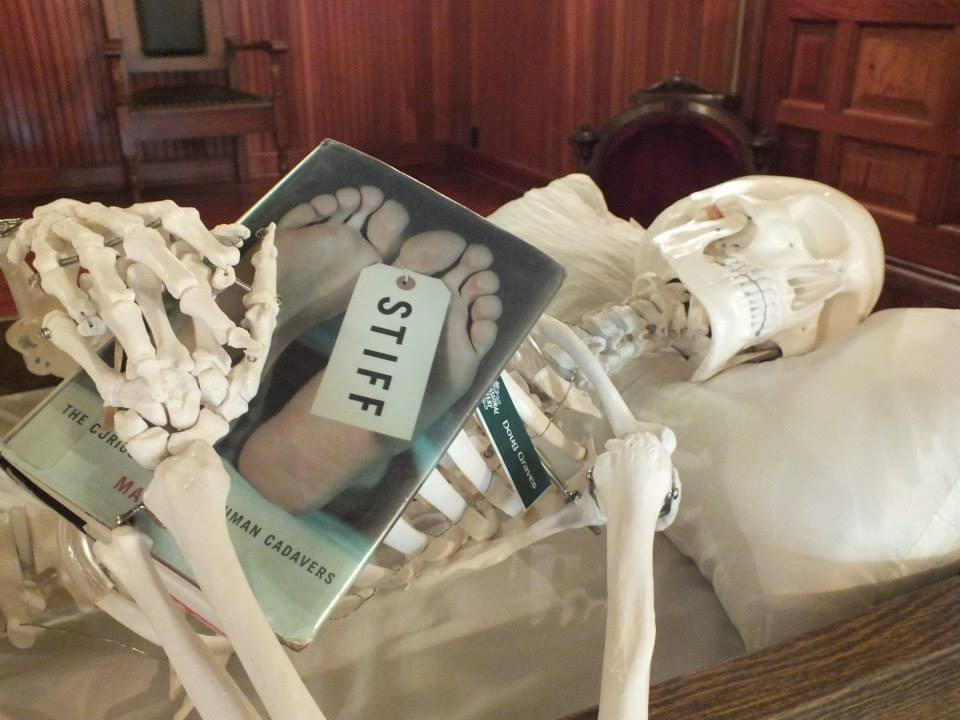 As luck would have it, the very first book club meeting coincided nicely with one of cemetery’s admittedly much higher-profile events: the first visit of the goats in 2013. As the entire staff fielded interviews that August, a reporter perused our list of events and honed in on our first book club meeting. Looking back at the WTOP interview, it’s both interesting and embarrassing to read between the lines – I didn’t have a clear vision of what the book club would be, only that we would read macabre books and well, discuss them. Luckily the reporter made it sound much better, and many of the attendees at the September 2013 meeting came because of that article. 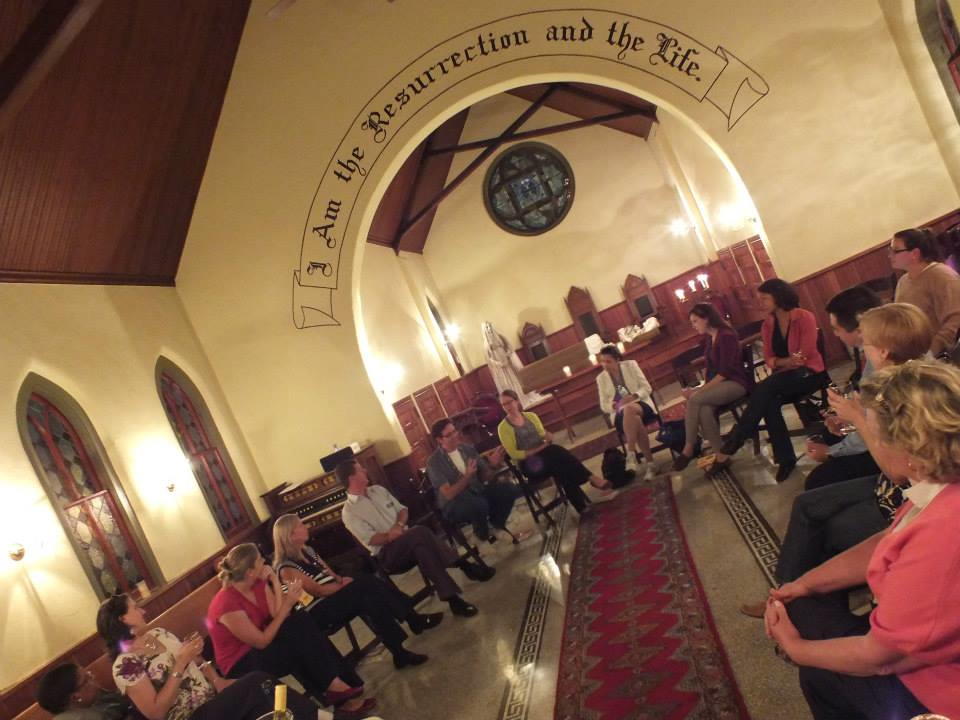 Our first book selection was Stiff, by Mary Roach. It was a fitting selection for our off-the-wall book club, and it set the tone for our future meetings. From there on out, Tombs and Tomes primarily read non-fiction books, and we focused on the darker side of the genre: our early picks included Devil in the White City by Erik Larson, Smoke Gets in Your Eyes & Other Lessons from the Crematory by Caitlin Doughty, and Assassination Vacation by Sarah Vowell. The book club still meets every other month, and while I used to have to go through the “chore” of compiling a book list for members to vote on, now everyone sends more than enough recommendations to populate the voting ballots. We’ve even been lucky enough to have authors Skype in to our meetings (Hannah Nordhaus, writer of American Ghost, and Brady Carlson, writer of Dead Presidents, to name a couple) – and once, we even had the author show up to our meeting in person. We were all pleasantly surprised when author Sheri Booker showed up to talk about Nine Years Under in 2015. 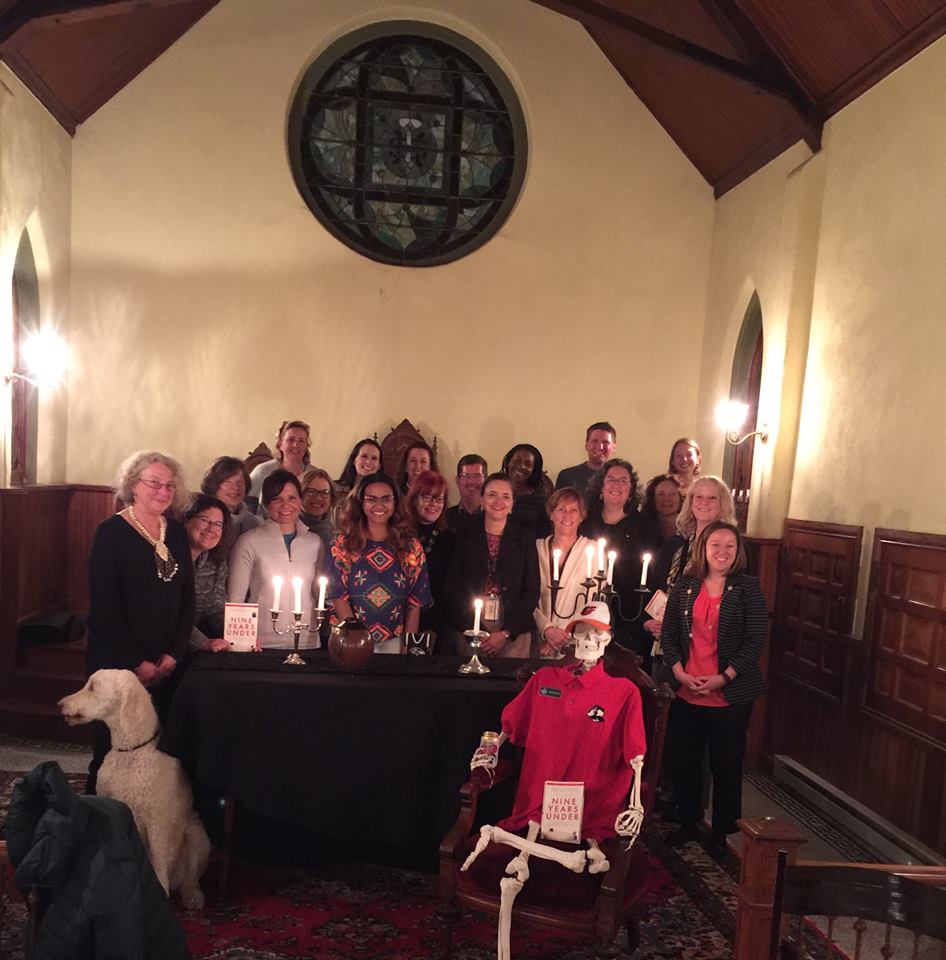 This wouldn’t work for any other program, but not having a vision of what this program should be has contributed to its success. Tombs and Tomes has taken up a life and spirit of its own. We have a few original members, but many have also come and gone, and the life cycle of Tombs and Tomes has also begun to change the kinds of books the group selects. We’ve read quite a bit about funeral homes and serial killers (I told you it gets dark), and now the group has started to turn to a few fiction books for the selections, including Lincoln in the Bardo by George Saunders and The Immortalists by Chloe Benjamin. Tombs and Tomes has garnered Congressional Cemetery docents and volunteers, donors and event supporters – but honestly, that’s almost beside the point, even if it’s a wonderful side benefit. At its heart it’s the purest kind of program, without pretense. Tombs and Tomes isn’t a fundraiser, and it’s certainly not the biggest program the Cemetery hosts, but it brings together an interesting group of people to discuss a unique selection of books, with a little wine and levity on the side. So in closing: happy birthday, Tombs and Tomes! Here’s to another five years of cozy meetings about not-so-cozy subjects.

You can find out more about Tombs and Tomes, including our reading lists, at http://hccemetery.wixsite.com/tombsandtomes.