Celebrating Pride at Congressional Cemetery: the Lives of Kenneth Dresser and Charles Fowler

Previous Next
Celebrating Pride at Congressional Cemetery: the Lives of Kenneth Dresser and Charles Fowler

In March, I traveled to New York City to attend a short training course located at Woodlawn Cemetery. Having done an extensive amount of research on LGBTQ+ history for my Masters thesis, I made sure that visiting Stonewall Inn was a high priority during my stay in the city. I choose a table in the corner to sit at. I casually looked around, taking everything in and reflecting on the importance of the place I was in and its role in LGBTQ history. When I glanced behind me, I noticed the picture of Leonard Matlovich’s headstone hanging on the wall in Stonewall Inn. For those of you who don’t know, Leonard Matlovich is one of several LGBTQ+ people buried at Congressional Cemetery. Leonard Matlovich was a Vietnam War veteran who became the first active service person to out themself to the military to fight the military’s ban on LGBTQ+ people. A photograph of Matlovich was featured on the cover of Time Magazine in September 1975, making him the first openly gay person to appear on the cover of a widely circulated magazine. Seeing the picture of Matlovich’s headstone on the wall of Stonewall Inn was what made me truly understand that Congressional Cemetery also plays an important role in LGBTQ+ history due to its association with several people who were important in LGBTQ+ history, including Leonard Matlovich, Franklin Kameny, Alain Leroy Locke, Barbara Gittings, Kay Tobin Lahusen, Peter Doyle, Cliff Anchor, and several other people. 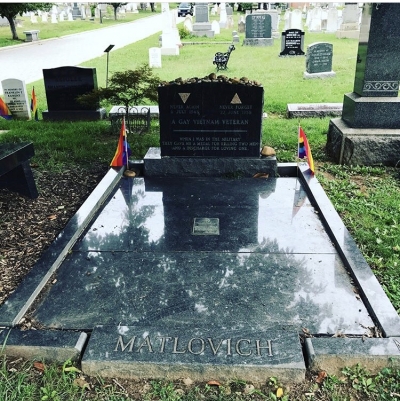 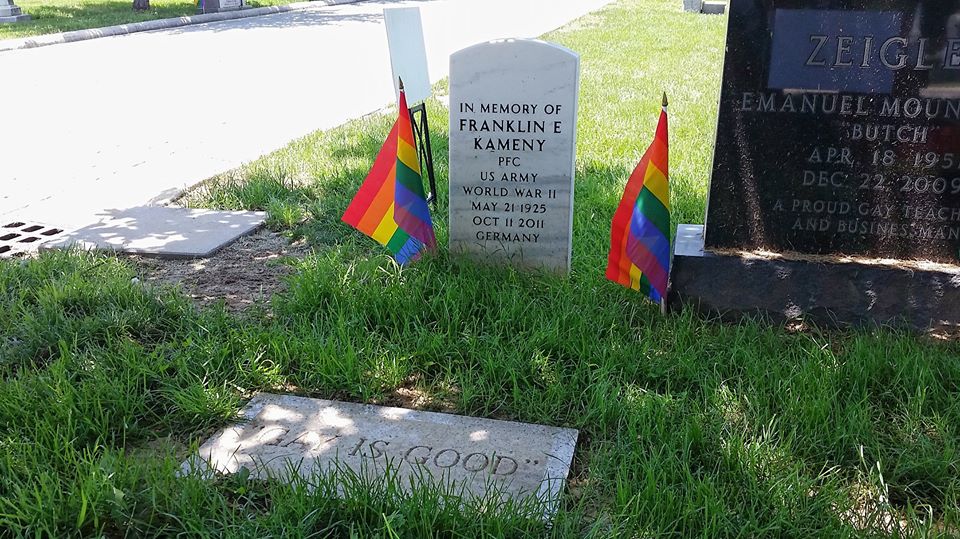 Congressional Cemetery has a section of the cemetery that has been dubbed the “LGBT corner.” This corner began in 1988 with the burial of Leonard Matlovich, and has since expanded to include several LGBTQ+ people. During the peak of the HIV/AIDS crisis in the 1980s and 1990s, which had a huge impact on the LGBTQ+ community,. Many funeral homes refused to work with HIV/AIDS patients, and many cemeteries may have banned HIV/AIDS patients from being buried on their grounds. Leonard Matlovich was one of the many victims of HIV/AIDS, and his burial at Congressional Cemetery has surely inspired several other LGBTQ+ people to purchase plots at Congressional Cemetery.

Kenneth Dresser and Charles Fowler, who were partners, are two of the several LGBTQ+ people also buried at the cemetery. In celebration of Pride month, information about their lives are being shared to highlight some of the other LGBTQ+ people buried at Congressional Cemetery.

Kenneth Dresser was born in 1938, grew up in Westwood, MA and passed away at the age of 57 on September 8, 1995 in Washington, D.C. He shares his final resting place next to his partner, Charles Fowler. Their headstone is in the shape of a cube that is tilted on its axis so it appears as if it is standing on one of its corners. The stone can be seen right off of the main road when you enter the cemetery through the main gate. 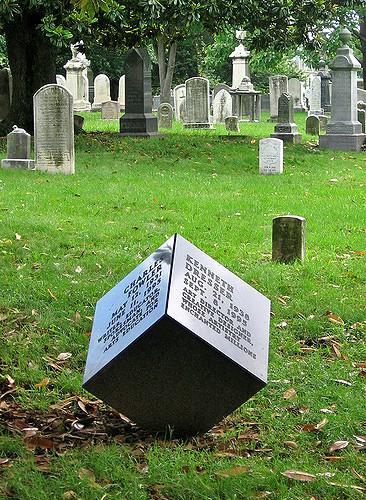 Kenneth Dresser worked as an independent creative consultant, and was well-known for designing the Electric Light Parade at Disneyland, the Electric Water Pageant at Epcot, and the Fantasy of Lights at Callaway Gardens in Georgia. His designs have also been featured at the Kennedy Center, Super Bowls, world fairs, presidential inaugural balls, the Tournament of Roses, the Radio City Music Hall in New York, Caesar’s Palace in Las Vegas, and in France and Japan. Dresser’s work was not limited to light shows; Dresser also created illuminated costumes, neon lights, fiber optics, and special effects that incorporated stage fog and other computerized graphic effects. Dresser lived in Washington, D.C. with Fowler from 1964 until 1995. Like Leonard Matlovich, Dresser also suffered from AIDS, which ultimately resulted in his death.

Charles Fowler was an American writer and a consultant in the arts, focusing his efforts on advocating for arts education. Throughout his career, he wrote over 230 articles, books, and reports. From 1974 until 1989, Fowler served as the Education Editor of Musical America Magazine. Fowler also wrote several pieces of educational material for the New York Philharmonic, the Metropolitan Opera, the National Endowment for the Arts, and the John F. Kennedy Center for the Performing Arts. Additionally, Fowler wrote the grand opening of Epcot Center for Walt Disney Productions and the grand opening of Knoxville World’s Fair. He also was the writer for the annual Christmas pageant at the Crystal Cathedral in Garden Grove, California, several National Public Radio programs, and he prepared scripts for Gerald Ford among several other notable people. Fowler passed away at the age of 64 on June 11, 1995, almost exactly three months before his partner passed away.

Congressional Cemetery is hosting a few Pride events to commemorate the LGBTQ+ people buried at the cemetery, including Kenneth Dresser and Charles Fowler. These events include:

Nathan Paxton wrote an article on the representation of the HIV/AIDS endemic at Congressional Cemetery. His article can be viewed at: http://www.washingtonblade.com/2014/11/25/walking-among-hivs-dead-congressional-cemetery/.

The information for this entry came from Kenneth Dressler’s obituary and the introduction to Charles Fowler’s papers.