Normal or Obsessive? The Case of Charles Larner

Previous Next
Normal or Obsessive? The Case of Charles Larner

Death is making a comeback. Granted, it never left, but awareness and acceptance of death, mourning, and cemeteries is certainly on the rise. Congressional Cemetery staff are generally more aware of this since we’re in the “business” (said in an ominous voice), but all you have to do is attend one of our programs to see this public interest firsthand. It’s especially apparent at our more macabre-themed programs, such as Rebecca Roberts’ lecture on grave robbing, or our Tombs and Tomes book club meetings. People are curious about death and the topic itself is becoming less taboo.

This culture shift is heralded most notably by an organization called The Order of the Good Death, founded by Caitlin Doughty. The Order promotes what they have termed as the “death positive” movement, which is exactly what it sounds like. Being death positive doesn’t mean that you’re unafraid of death. Instead, being death positive holds to certain tenets, such as “by hiding death and dying behind closed doors we do more harm than good to our society,” and “the culture of silence and death around death should be broken through discussion, gatherings, art, innovation, and scholarship.” The Order of the Good Death hosts an annual event called Death Salon which brings together people to – you guessed it – learn and talk about death. 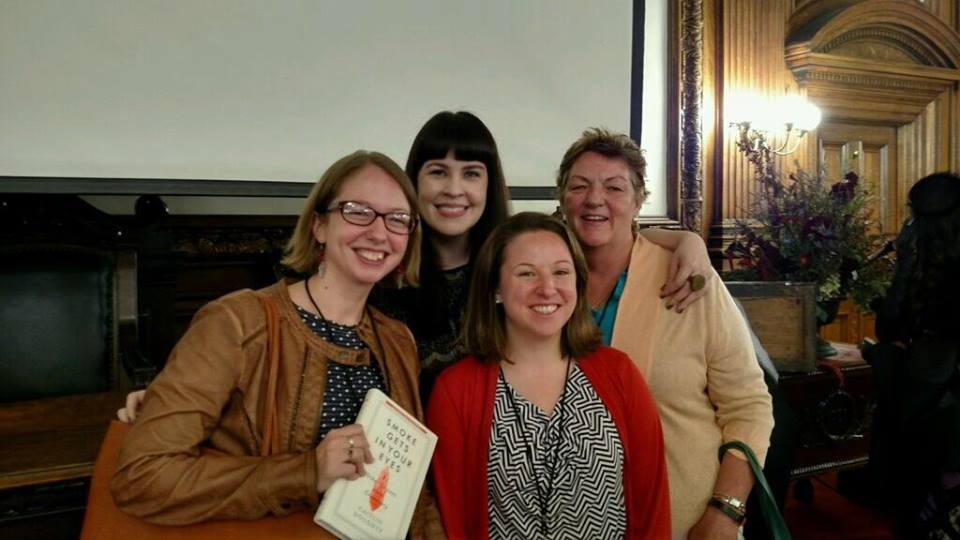 Historically, an interest or even fascination with death is nothing new. Victorians were famously obsessed with death and all things macabre. This obsession as a society lives on in the material culture, from iconography on headstones to mourning jewelry and postmortem photography.  It’s no coincidence that Congressional Cemetery’s heyday (other than right now, of course!) was the Victorian era, when visitors made cemeteries everyday destinations rather than forgotten landscapes designated solely for funerals. Fear, or more aptly, avoidance of death has more modern roots as death has slowly been sanitized and monetized in the twentieth century. 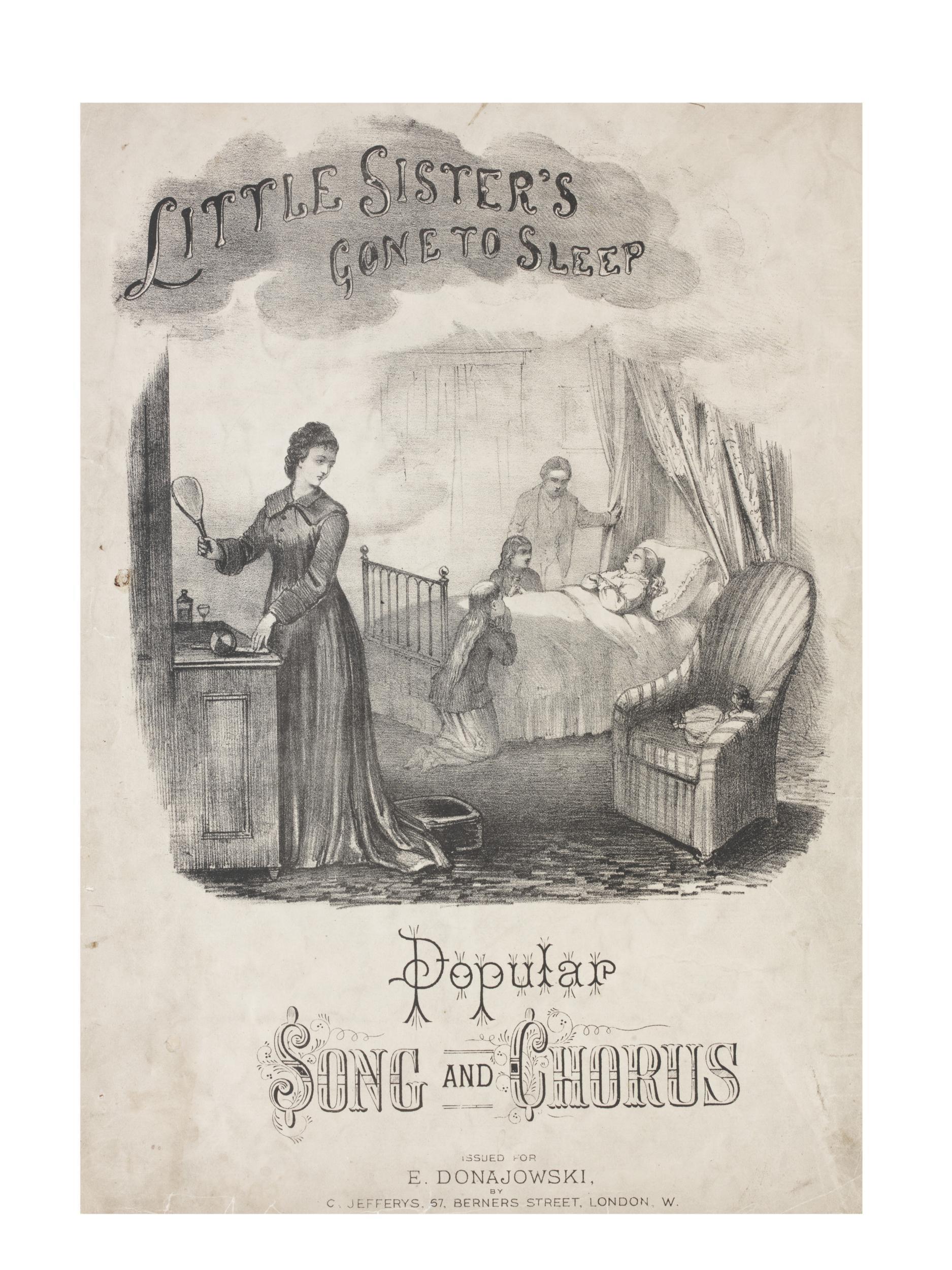 While it may be incorrect to say that the Victorians embraced death, they acknowledged the omnipresence of mortality with a curiosity and creativity that puts their 21st-century counterparts to shame. Given this general acceptance, the case of one Charles Larner is all the more notable. Congressional Cemetery’s 2017 Programming, Writing, and Research Intern Katelyn Belz came across Larner’s file during a perusal of our archives and flagged it for future exploration. Unfortunately, the contents of his file are slim: they contain a simple obituary and a single Washington Post article from August 29, 1896. But the article speaks volumes about an unusual man absolutely obsessed with funerals.

In present day, Charles Larner would be labeled as having an intellectual disability; the 1890 article instead described Larner as “a child mentally up to the day of his death.” But the most interesting thing about Charles Larner is that he absolutely loved attending funerals, and was noted throughout Washington, D.C. for his fascination with the “obsequies of the dead.” The headlines for the article about Larner read:

His Fad Was Funerals

“Poor Charlie” Larner Will Go from the Next in a Hearse

All the Undertakers Knew Him

For Years He Delighted in Attending Obsequies of the Dead,

Preference for Funerals When There Was Music – –

Much Funeral Display Always Pleased Him

Nineteenth-century newspaper articles didn’t mince words, and it’s understandable why this particular file caught Katelyn’s eye. The article goes on to paint a vivid picture of a man obsessed with attending funerals. He even went so far as to frequent undertakers’ businesses to inquire as to when funerals were scheduled, a practice often met with irritation and sometimes hostility. He loved walking in funeral processions, although later in life his “stout” figure prohibited extensive walking. Charles favored funerals which featured music or grand displays. 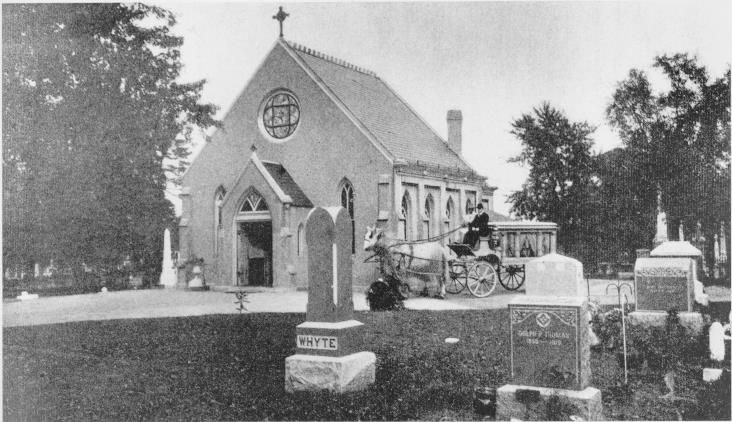 The most admirable aspect of Charles Larner, or at least as much as we can glean from a century-old article, is that he didn’t go to funerals to bear witness to tragedy or grief : “There was no morbid curiosity about him, and he seemed not to be impressed with the mournful side of such affairs. Apparently he found a genuine pleasure in being present at a funeral, and when the entire ceremony was over he appeared as much satisfied as if he had achieved something of great benefit to the community at large.” The last line of the article – and a dramatic one at that – speaks to his uncomplicated viewpoint on mortality: “Charlie has said a hundred times to Undertaker Gawler: ‘You’ll bury me when I die.’ And so he will.”

Let it be known (disclaimer here!) that no one is advocating that people pop in to funerals at any cemetery unless specifically invited. But a less literal interpretation of Charles Larner’s approach might be encouraged. Perhaps we can learn from the Victorians and their attitudes towards death, particularly Larner’s straightforward approach to the inevitability of his own demise. Regardless of personal interest in diving into this uncomfortable topic, at the very least this might temper any judgement about someone interested in learning about death. And if you are interested? Know that you’re not alone, and that there’s precedence for and now solidarity with your curiosity about the inevitable.

The Order of the Good Death: theorderofthegooddeath.com