Previous Next
Tragic Tales at Congressional Cemetery: Murderers and Murder-Suicides

Mena Untermehle and Emmeline Lackey had been romantically involved and lived together in the “Northern Liberties.” The couple were known to have had issues in their relationship, and they fought a lot. For example, Untermehle had been “in the habit of ill-treating” Lackey. He also cut her head with an axe and hit her in the head with a pair of tongs (two months before Lackey was murdered). A neighbor reported that he heard blows between the couple and frequently “heard the cry of murder.” In January 1854, a jury accused Untermehle of murdering Lackey due to “intemperance, ill-treatment, and cruelty.” The Justice of the case, Justice Smith, found that the evidence “elicited nothing very positive about the case,” and committed Untermehle to prison so he could await a trial in front of a grand jury. Around midnight on January 11, 1854, Untermehle died in prison. A coroner identified the cause of death as “mania-a-potu,” which is a mental disorder associated with alcohol consumption. 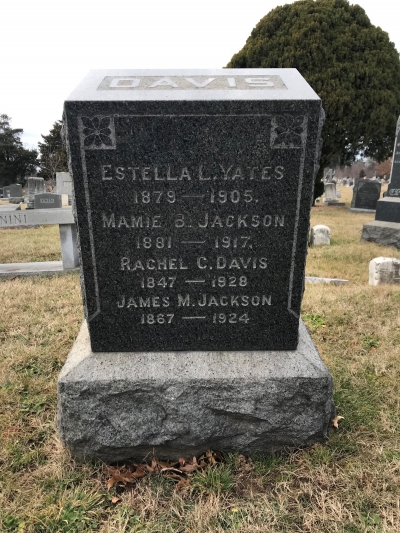 On February 7, 1905, Blanche Jackson, Estelle Yates’ sister, attempted to enter his sister’s home, but struggled to because the doors were locked from the inside. Once Jackson was able to enter the house, she discovered the lifeless bodies of Theodore Fisher, a 35 year-old bartender at Reagan’s Saloon, and Estella E. Yates, 25, in the dining room of Estelle’s house. Yates’ feet rested across of Fisher’s legs. Fisher had a bullet wound in his brain, and Yates had a bullet wound over her breast, near her heart. A small .22 caliber revolver, which was owned by Fisher, was found on the floor a few feet behind Yates. The revolver had three empty shells in the chamber. When police reached the scene of the crime, they were not able to explain how either victim could’ve thrown the revolver, and police questioned whether a third person was involved in the crime. A napkin saturated with blood was also found near the bodies, indicating that someone had attempted to wipe blood off of at least one of the victims. A bullet likely smashed a glass stand on the sideboard, and there was a broken lamp on the floor. The condition of the furniture suggested that there may have been some kind of a struggle or fight that broke out. There were three goblets on the table, and two of the goblets contained a small amount of beer, which indicated that at least two people probably had been drinking beer before the crime occurred. There were also several empty bottles in the rear yard, suggesting that a speakeasy had been conducted at the house. Fisher was wearing an overcoat and a muffler, and Yates had on a housecoat.

Yates was described as being “desperately in love” with Fisher. Yates had a “crayon” of him hanging on the wall, and letters that she had received from Fisher were placed on top of the bureau in her bedroom. Yates was married to Robert Yates, who conducted a blacksmith shop in Georgetown, but the couple had been separated for around two years.

Blanche Jackson reported that Yates and Fisher had known each other for about two years and had been “close friends. According to Jackson, Yates had been trying to break off the relationship for two months, but Fisher violently beat her each time she asked him to leave. Jackson revealed that Fisher had claimed that he was epileptic and, therefore, never remembered harming her. Jackson also denied the speakeasy, and told officials that Yates never drank. Jackson denied that the bottles that were discovered belonged to Yates. Instead, Jackson said the bottles belonged to Yates’ brother, who worked at a brewery and kept the beer at Yates’ house for his friends whenever they came to visit.

So the question is: Who did it?

The coroner had discovered that the revolver had been fired two or more feet from Fisher when he was shot due to the large area of powder marks on his face. Additionally, the coroner stated that the blood on the napkin was Fisher’s. The coroner ultimately concluded that the shooting was done by Yates.

Initially, police officers believed that Fisher may have found Yates with someone else and got jealous. However, the police investigation ended up supporting the coroner’s conclusion that Yates most likely killed Fisher after a serious fight between the couple. The police made their claimed based off of the woman’s position. Yates had placed her arm under Fisher’s head in an attempt to get Fisher to stand up. However, Yates had discovered that Fisher had died. As a result, Yates turned the gun on herself. The police were also able to explain how the revolver ended up a few feet behind Yates: after a person receives a fatal wound, the arms sometimes contract and then violently stretch out. Additionally, the police claimed that Yates had fired the first shot in an “act of passion.”

After listening to a testimony from a number of witnesses, a verdict was reached by a six man jury. The jury found that Fisher was shot and killed by Yates, before Yates took her own life. Blood that was discovered on Yates’ shoes showed that Yates had walked in Fisher’s blood. The wound in Fisher’s head had gone straight through to his brain, killing him instantly. His eyes were believed to have been open at the time of his death. Yates did not have any external hemorrhaging after she shot herself, and the blood that was on her was from Fisher. Additionally, the details of the case disclosed that Estelle’s mother had the revolver in her hand when police arrived on scene, therefore she had tampered with the evidence. Fisher’s boss’s testimony revealed that Fisher had not been at work since that Friday night. Additionally, Yates’ neighbor, who took the milk left at Yates’ door when she was away from her home, took in Saturday morning. These two details indicate that the murder happened late Friday night or early Saturday morning.

However, it was Maggie Prue’s testimony that uncovered the most details surrounding the murder. Maggie Prue did Estelle Yates’ washing and laundry. According to Prue, on that Friday night, Prue had gone to a drug store to send a telephone message to Fisher. Prue then returned back to her house, and Fisher arrived at the house immediately her. Yates proceeded to question Fisher about his whereabouts, and Fisher told Yates that she had been standing on the street corner talking to someone. This answer angered Yates, and she accused Fisher of talking to a red-haired girl. The couple fought, and Prue heard Fisher say “Stella, you don’t love me anymore. Stella responded, saying “No, I don’t.” Yates asked Fisher if he preferred the red-haired girl over her, and he said that he didn’t know. Prue stated that Fisher was sober, but Yates had consumed several glasses of beer and “milk punch” that night. Around 10:00 p.m., Yates and Fisher asked Prue to go downtown and get Chinese food from a restaurant and Prue did not return to the house until around an hour late. Once she returned, Fisher said he was going to get a bucket of beer, but said that the saloon had closed when he returned. Yates didn’t believe him. Yates picked up a lamp and started ascending the stairs to her room with the lamp still in her hands. When Fisher asked if she was going to bed, Yates stammered, saying “The…I am.” Prue kept encouraging to stop fighting, and she claimed that eventually they did after declaring their love for each other.

Moses Sexton, a pharmacist who sent the telephone message, also testified. He disclosed that Yates threw carbolic acid on Fisher’s face because, according to Yates, he had had a spasm and she mistook the acid for water. James Filgate, the manager of Regan’s Saloon, testified that Fisher had received multiple injuries from Yates, including scratches on his fingers and face, a broken nose, a cut in the throat and head, and he had gotten bitten by her in his hand. 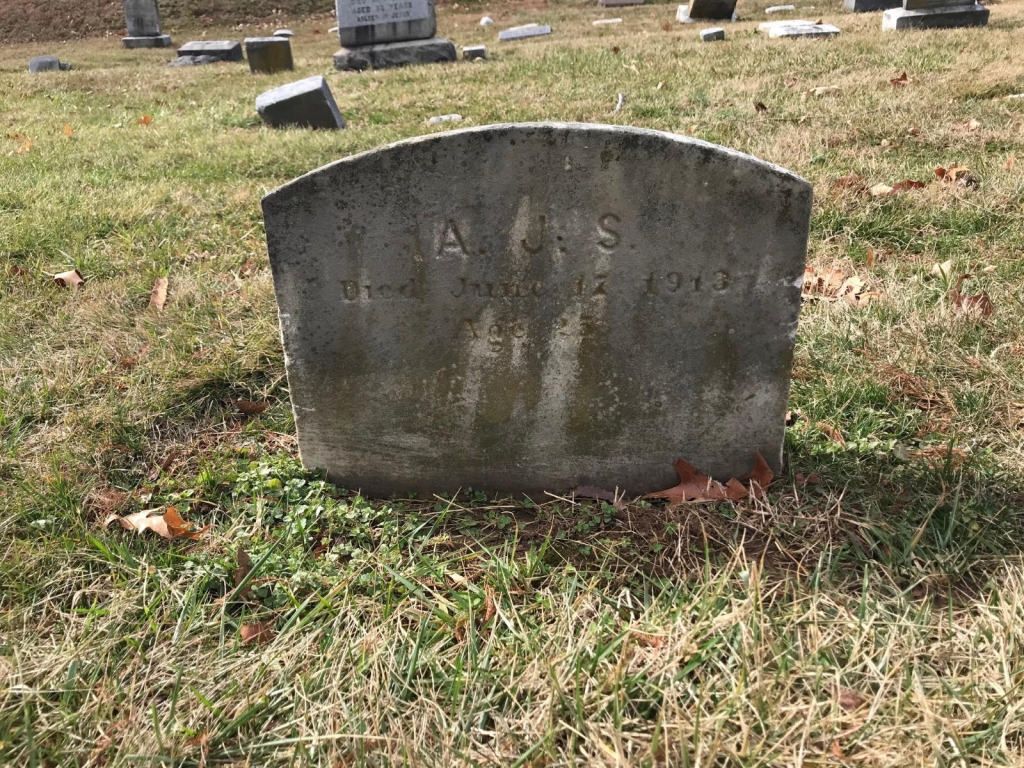 On June 17, 1913, Arthur J. Sackett, 25, was walking with his wife, Flora 20, when the couple stopped in front of the house at 109 E St NW. Arthur Sackett then pulled out a revolver and shot Flora twice before shooting himself in the head. One bullet entered Flora’s face, passed through her left jaw, and shattered her shoulder. Flora was stunned and fell to the pavement right before another bullet passed into her chest. Arthur died instantly after the bullet penetrated his brain, and Flora died at the hospital. Max Tass, a 19 year old tailor, witnessed the shooting, which occurred outside of his house. A policeman was not even 100 feet away from the Sackett’s when the shooting occurred.

The couple had two children: Ruth, 3.5, and John, 1.5. J.M. Harrington, Flora’s mother, took custody of the children, and revealed her intentions to adopt them.

Flora wed Arthur when she was 16, and initially believed that he was a physician at Providence Hospital. However, she later discovered that he was only an orderly. Arthur ran away from Wisconsin when he was a boy and enlisted in the navy. After moving to D.C., Arthur got the endorsement of a western senator and obtained a position in the Navy Department. Then, Arthur became a clerk in the stables in the street cleaning department, and then was employed at a theater. The couple had been separated because Flora felt that Arthur had failed to provide for her and their children. However, he admitted that he was jealous and suspected she was seeing another man.

There was a letter found on Arthur that explained his motive and identified the victims. The letter was addressed to Flora’s aunt. The letter said:

I have decided to end everything, as I think it will be the best for Flora. She is not doing the right thing and I can’t let the children suffer for her faults. I am sure that Ruth is well taken care of and I hope you will adopt her, and I am sure that in later years she will be a comfort to you and Mr. Sanger. As to little John, I don’t know what will become of him, but I wish you could try and have a good family adopt him. Please notify my mother at 157 Sheboygan St, Fond du Lac, Wis. She is the beneficiary of an insurance policy for $2,000 and I think you can see her about money for Ruth’s and John’s education. I regret this very much, but I have endured as long as I can, and I cannot stand the separation from the children. I hope the young man Flora thought so much of will in the future not go between any more married couples, as he certainly broken up ours. I must close now, as I am to see Flora soon. With love to Ruth and hoping you and Mr. Sanger will always remain devoted to each other, as it is the only way.

Sackett had a criminal history, and had been arrested twice: once on charges of alleged dishonesty (but the case was dropped); and the second time due to Flora’s complaint for failing to support her and the children. As a result of the second charge, Arthur had been sent to “Occoquan.”