My name is Jennie Black, and I’m spending seven weeks interning at Congressional Cemetery this summer. I’m a native of Chicago and recently graduated from Illinois Wesleyan University with a Bachelor of Arts degree in History. The past few weeks, I’ve gotten the chance to be involved with many aspects of the cemetery and work on several different projects. 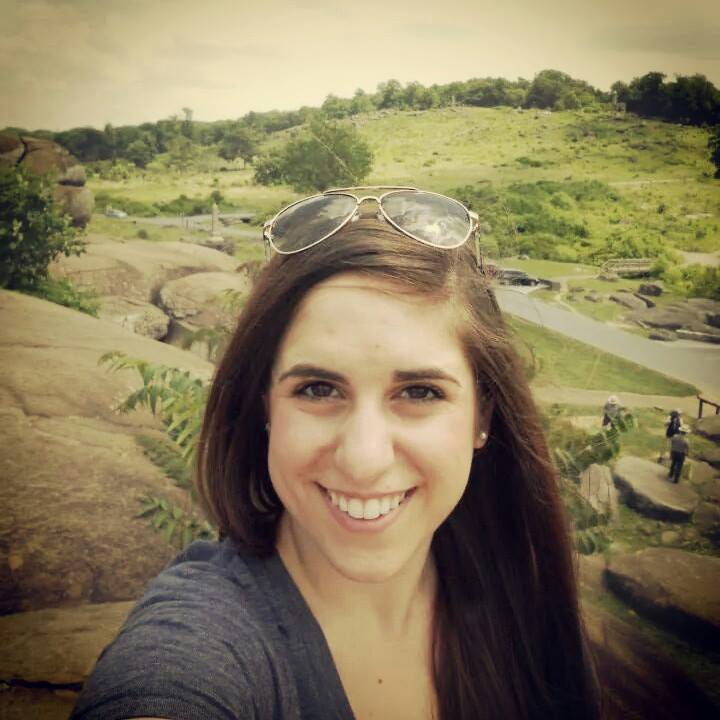 One of the first projects I worked on after arriving here was the reformatting of the self-guided cell phone tour. Currently, those taking the tour call a phone number indicated on signposts throughout the cemetery and listen to a recording telling guests about the notable people interred here. I created a webpage for each stop on the tour and ordered new signs that include brief descriptions and QR codes. Once the signs are installed, visitors will be able to scan the QR code with their smartphones and be directed to the webpage, where they will be able to read about our notable “residents.”

In addition to the new cell phone tour, I used existing cemetery information and my own research to create new tours about LGBT activists and African-Americans in relation to the cemetery. The LGBT tour will include such LGBT rights advocates as Leonard Matlovich, the first military service member who came out in protest of the policy against open homosexuality in the military and was the first openly gay person featured on the cover of a US magazine, and Barbara Gittings, who helped found the first gay caucus in an organization, the American Library Association, and was involved in achieving the removal of homosexuality from the list of mental disorders by the American Psychiatric Association. 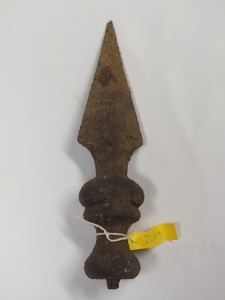 A metal object found on the grounds

The other tour features information about the history of slavery in Washington, DC, as well as some of the slaveholders, slaves, abolitionists, Underground Railroad associates, and free African-Americans who are interred in Congressional Cemetery. Congressional Cemetery is recognized as part of the National Underground Railroad Network to Freedom program thanks to the work of “residents” William Boyd, John Dean, Hannibal Hamlin, and David Hall.

In addition to developing tours, I’ve had the opportunity to work with the cemetery’s archives and collections. I’ve been involved with sorting and cataloging electronic and paper news releases about the cemetery as well as documentation and historical information about some of our “residents.” I was also able to update the collections inventory catalog and photograph the majority of our artifacts. 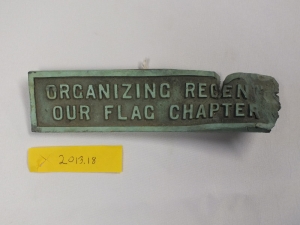 A piece of a sign found on the grounds

I am very fortunate that I’ve been able to be involved in so many different aspects of the cemetery’s preservation and management, and I am looking forward to what the next three weeks will hold for me!