Next
Capital Campaign for the Main Sousa Gate

Historic Congressional Cemetery has kicked off a $195,000 capital campaign to restore and reinstall the original front gate at the main entrance to the cemetery.  You can donate HERE.  The heavy wrought iron gate was installed in 1856, but was moved to another area of the cemetery in 1923 when the gatehouse was erected.  A much less ornamental gate replaced it, along with a curved nameplate which serves as our logo; this gate was subsequently destroyed by a delivery truck in 2010, and replaced with the current, temporary gate.

The cemetery has landscaping and architecture plans completed that call for moving, restoring, and reinstalling the original gate at the main entrance, incorporating the curved nameplate sign from 1923.  In addition, two pedestrian gates will be created matching the original on either side, along with a short rec recreation of the original fence, electronic opening and other security features, a new handicapped accessible path leading tot he gatehouse door, completion of the cobblestone road, and a small new side porch for weekend gate checkers and hearse reception are all part of the plan. 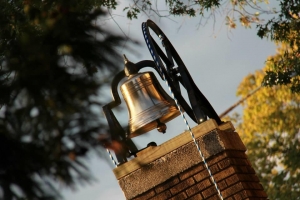 On top of the new side porch will be a recreation of our original circa 1856 bell tower and cupola that will once again provide a home for our historic funeral tolling bell, which has recently been restored by the original foundry in Baltimore, thanks to a $2,000 grant from the Capitol Hill Community Foundation.  Previously designed plans by Bell Architects have been approved by the Commission of Fine Arts, with recent updates from Moody Landscaping.

Work can begin as soon as $195,000 is raised for the completion.  Thanks to your contributions and a generous $10,000 matching grant from Board member Edward S. Miller, as of January 1, 2014, $38,729 had been raised.  Mr. John Philip Sousa IV, the great grandson of the Marine Corps Band Director and composer by the same name has graciously agreed to be Honorary Chair for the effort.  The detailed architectural drawing of the original gate and 1923 sign is pictured below. 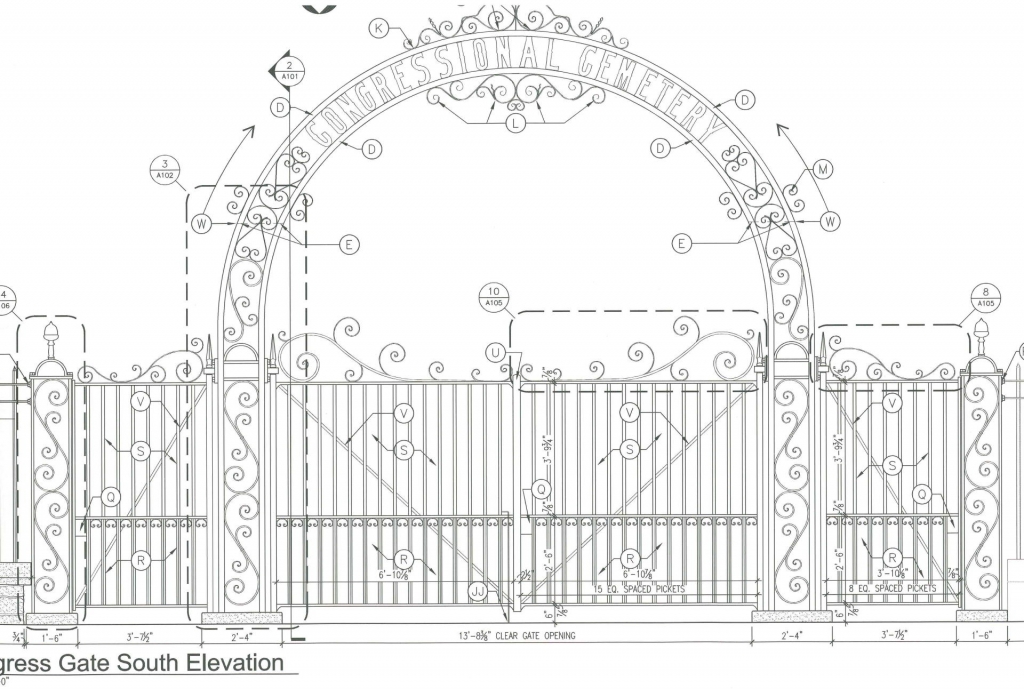